An affinity for separations: Costas Tsouris 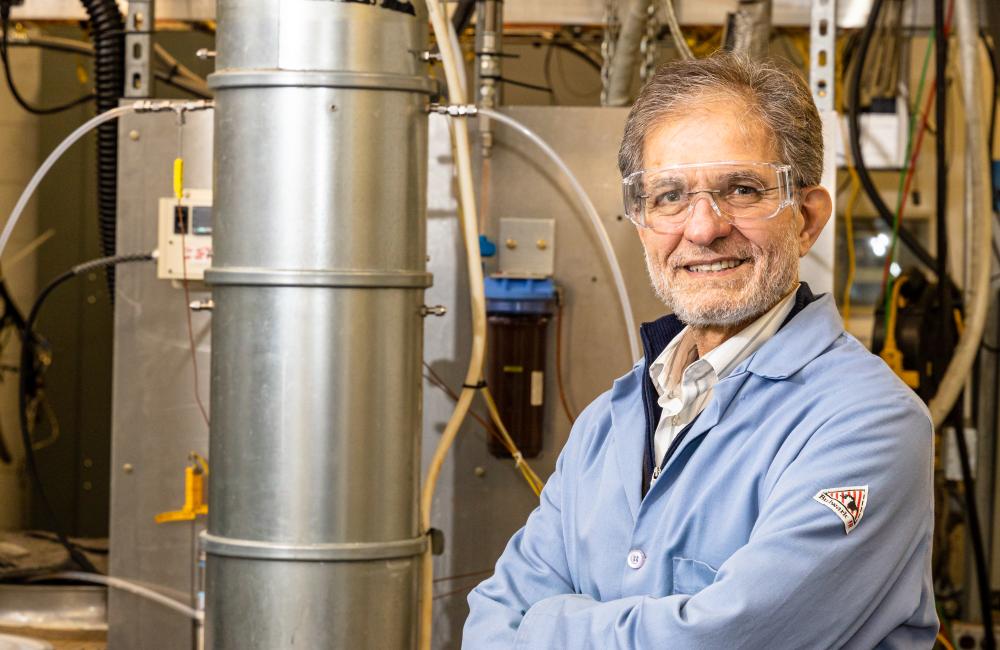 Growing up on the island of Cyprus, Costas Tsouris was surrounded by the Mediterranean Sea, in a land where some of the oldest water wells in the world have been discovered. It seems only natural that his career at Oak Ridge National Laboratory has often involved water, from novel sorbents that separate uranium from seawater, to hydrates research for both desalination and CO2 storage.

The chemical engineer’s career path began after he attended a presentation by a visiting ORNL scientist who demonstrated the effect of electric fields on droplets while Tsouris was working on his Ph.D. thesis at Syracuse University. “I can still remember that presentation, the pictures and video clips. It was fascinating,” Tsouris said. It was that unique approach to chemical separations that compelled him to apply for, and later accept, a position at ORNL.

Tsouris shared an R&D 100 Award for the development of new materials to aid water treatment. The team developed a mesoporous carbon sheet for saltwater treatment that tripled the efficiency of adsorbing uranium. The research performed over a seven-year period by a team of scientists at ORNL and other institutions significantly lowered the cost of removing uranium from seawater—which could one day provide enough of the element to meet global energy needs for the next 10,000 years.

Along the way, Tsouris’ meticulous research has aided the invention of methods to sequester CO2 in the structure of gas hydrates on the ocean floor and developed models simulating radioactivity transport that have been used to track the impacts from the Fukushima nuclear reactor accident in Japan.

He has also explored the use of neutrons to better observe ions interacting with carbon electrodes in capacitive deionization. The research holds promise for creating new materials for desalination. “If you do capacitive deionization without the ionic membrane and try to desalinate seawater it will not work well, but with a membrane it works much better. We showed that and went from seawater to distilled water,” he explained.

Most recently, Tsouris has been working on a team developing a novel method to capture CO2 from the exhaust gas at fossil fuel power plants.

Tsouris is now ready to apply his considerable expertise in separations to the grand challenge of breakthroughs for clean water, as part of ORNL’s role as a founding partner of the National Alliance for Water Innovation. NAWI, a consortium of national labs, universities, and private sector partners, was awarded a five-year, $100 million Energy-Water Desalination Hub by DOE in September 2019.

The hub is tasked with scientific and technological breakthroughs for energy-efficient, low-cost solutions for desalination as well as the treatment of nontraditional sources such as industrial wastewater. Tsouris’ work in particular could be applied to electrified pretreatment of produced water from industrial operations such as oil and gas fracking.

While Tsouris’ water research is diverse in scope, its fundamentals are based on basic science principles that remain largely unchanged, particularly in a mature field like chemical engineering.

“As a chemical engineer, you learn the basics. You study the principles that can be applied to the design of chemical reactors and unit operations,” he said. “My specialty from the time I was a PhD student has been focused on chemical separations—liquid extraction, membrane separation, adsorption and filtration.”

Tsouris’ basic training in science began at Aristotle University of Thessaloniki in Greece, where he secured a diploma in chemical engineering and met his wife, a civil engineer. Tsouris and his spouse both earned research assistantships at Syracuse University, where he received master’s and doctoral degrees in chemical engineering and materials science. At ORNL, he quickly began working on how to make liquid extraction more effective by using electric and magnetic fields.

“I actually thought my time at ORNL might be short—that I would eventually move somewhere closer to the ocean,” Tsouris said. But like many scientists, he stayed for the diverse, leading-edge work he was able to accomplish at Oak Ridge.

The main reason I’m here—what I enjoy—is that here you’re at the forefront of scientific research. Working here, I see what’s coming and I’m able to collaborate very easily with people in other fields. Chemical engineering is a core capability at the laboratory and it’s a multi-disciplinary field all of its own—you have people working on materials, on separations processes, on catalysis.

Tsouris also enjoys working with students and holds an active joint faculty appointment in environmental engineering at the Georgia Institute of Technology. “Interaction with students is a strong component for me and I want to continue doing that,” he said.

Over his career at the lab, Tsouris has encouraged collaborative efforts and sought to help early-career colleagues by launching a series of young scientist seminars, and even starting up a lab soccer team, the ChemTechers.

Tsouris says his favorite projects have been those that involved field work at ocean sites. The uranium sorbent project involved field work with the Woods Holes Oceanographic Institute in Massachusetts, at the University of Miami, and at the Marine Sciences Laboratory of Pacific Northwest National Laboratory. His gas hydrates work involved collaboration with the Monterey Bay Aquarium Research Institute in California and the Massachusetts Institute of Technology.

“On our last trip out to sea in the Monterey Bay, we had six dolphins leading the way, playing in the boat’s breakwater,” Tsouris recalled. “Then on the way back into port, we had a whale breach near the boat. That day was probably the high point of my time in the field.” 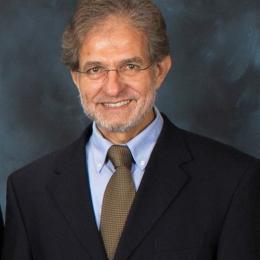