New section strives for safety, efficiency and smartest use of equipment, people

As a boy, Barron Demarse loved to tag along when his father went to work at Sandia National Laboratory in Albuquerque, N.M.

“It was fascinating to me, the work they did out there,” said Demarse — and it fostered in him a desire to one day work at a national laboratory himself.

It also informed the career Demarse made for himself: identifying changes that could make companies more efficient, then implementing them.

“My dad was an engineer on a solar tower,” he said. “He told me, ‘I climb that tower a couple of times a day. I want to make sure I have all the parts and all the tools I need before I climb the tower.’”

That could serve as a metaphor for the role Demarse plays at ORNL, as head of the new Asset Management Section in the Nonreactor Nuclear Facilities Division.

Heading up a new section with a completely new way of doing things, Demarse is tasked with not only implementing an asset management program, but also explaining to people what asset management is and how it can improve the Isotope Science and Engineering Directorate.

In the simplest terms, asset management involves looking after and caring for a piece of equipment from procurement to decommission — or “cradle to grave,” as Demarse puts it. This includes standardizing asset care on a schedule and using condition-based monitoring, rather than just repairing when something goes wrong. It also includes examining data for ways to improve both reliability and equipment lifespan, in part by predicting future problems and stopping them before they have a chance to start.

But Demarse’s section is throwing a much wider net, making sure ORNL’s most important assets — its people — are working in an infrastructure that makes the best use of their time and talents.

This means, for example, preventing a situation where craft workers show up to work on equipment only to have to wait because it’s still in use by operations or the parts are not available. It means having a piece of equipment available and working when employees need it for R&D. It means freeing up front-line supervisors to be out in the field, focused on safety/compliance and operations, rather than chained to their desks completing paperwork.

“We’re putting the right efforts on the right people at the right time,” Demarse said. “We’re just realigning the work.”

Demarse’s section is composed of groups that were formerly under facilities management and hot cell management, with a reliability engineer and a management group added. These staff handle work execution, work coordination, administration of a computerized maintenance management system, project management, procurement, materials management, and warehousing. While the rest of the group looks forward to improvements that can be made, the reliability engineer is unique in analyzing failures to determine the root cause — and mitigate future failures. The shift was intentionally coordinated with the standup of the new Isotope Manufacturing and Processing Division.

Most of the changes to this point have been to structure and the way different procedures are implemented, but the groups are beginning to develop tools to assist with increasing efficiency and tracking equipment. This year’s goals include a system for maintaining and repairing production and support equipment. By next year, the plan is to have asset management processes mature enough to extend to all divisions in ISED. Long-term, the goal is to create an organization with the flexibility to grow as demands change or increase.

Still, four months in, the changes probably aren’t yet noticeable to the majority of NNFD. Processes and pilot areas for testing are being developed and implemented, and they must be evaluated and perfected before rolling out on a wider scale. Demarse estimates moving from reactive to proactive management using ISO-55000 standards is a three-year process.

“Craft is not seeing a huge impact right now,” Demarse said. “The supervisors are starting to see it, and a couple of them have had ‘a-ha!’ moments.”

He said he’s getting a lot of support, especially from people who have seen asset management in action at other organizations. In addition, sponsorship from senior management has enabled a smooth start with great traction, he said.

“This is a long-term vision,” he said. “We’re off to a good start, and in a couple of years you’ll see quite a difference in cost structure and efficiencies. This is a very, very good team, and I have a lot of confidence that they’re going to do well with it.”

Demarse’s work has taken him around the country. He’s been reliability project engineer for General Electric, maintenance and reliability consultant to Chevron and Marathon Oil, maintenance and brewing manager for beer company Anheuser-Busch, and a submarine naval nuclear power propulsion supervisor. He came to ORNL from Florida, where he’d been facilities manager for SpaceX at Cape Canaveral. When he was ready to move on, he said, he and his family looked for opportunities in the North Georgia-East Tennessee area.

Experience moving led his wife, Lisa, to a specialized career as a homeowner relocation consultant. Their daughter, Megan, who graduated from Southern New Hampshire University in 2020 with a bachelor’s degree in environmental science, followed Demarse to ORNL. She works as a radiobioassay lab technician in ESH&Q.

But his work is his true passion, he said.

“It never shuts off,” he said. “I drive my wife crazy — we’ll go to various venues and facilities, and I’ll be pointing out different things that could be improved.”

Some examples of changes implemented through Asset Management: 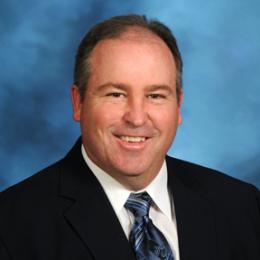