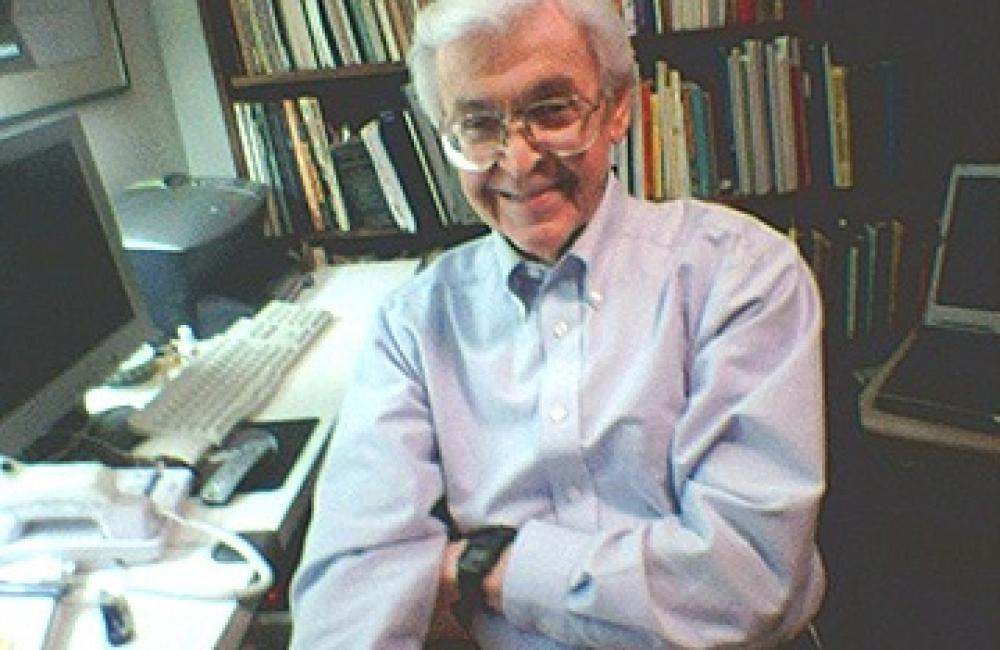 World events, nevertheless, provided opportunities: While serving in the Army Air Corps during World War II he attended scientific programs at Kenyon College, Yale Communications Cadet School and the Michigan Institute of Technology. After receiving bachelor's and master's degrees in electrical engineering at the University of Kentucky, he joined ORNL's Health Physics Division in 1949 as the Lab was building a body of groundbreaking work in the study of radiation health effects.

It took another decade for him to earn his doctorate in physics from the University of Tennessee. That quest, as it turned out, produced a discovery initially doubted, then verified, that has gone on to have profound technological significance. In the meantime, Ritchie, as friends and colleagues called him, eventually became a Senior Corporate Fellow through his research in the Laboratory's health physics-related divisions, earning trust and admiration as a mentor and colleague.

He was humble and self-effacing. If not for that, some contemporaries say, he might have shared a Nobel Prize. It is more than off-hand speculation. 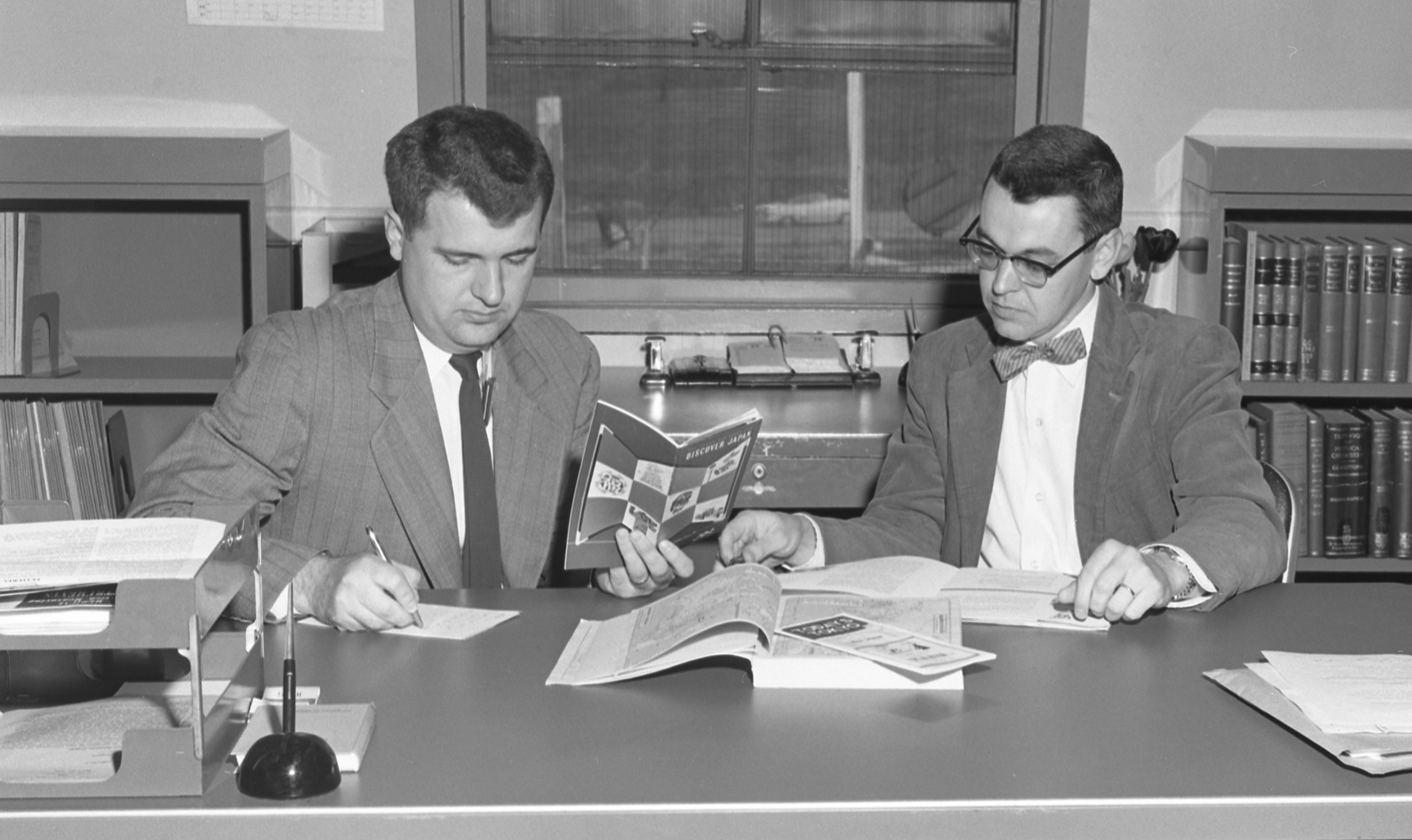 His discovery was the surface plasmon. Ritchie became interested in the distribution of energy losses in electrons as they passed through metal foils. He described the surface-localized collective electronic oscillation, or surface plasmon, in a paper he hesitantly published in Physical Review in 1957 at the urging of colleagues and supporters that included Sam Hurst, an inventor of the touch screen, and David Pines, who had theorized volume plasmons a few years earlier with theoretical physicist David Bohm.

"The surface plasmon was Ritchie's dissertation. It was incredible. He just went off and did this," says Bruce Warmack, who continues to do research in the Electrical & Electronics Systems Research Division.

The idea put forth in "Plasma Losses by Fast Electronics in Thin Films" was met with skepticism, but experiments at the National Bureau of Standards (now the National Institute of Standards & Technology) bore him out. By the 1990s, as nanotechnology research was emerging, the importance of the surface plasmon effect emerged, as well. His 1957 paper is credited with opening new fields of nanophotonics and nanoplasmonics. The effect can be used to manipulate light at the nanoscale, with applications in opto-electronics, biosensors, photovoltaics and even biomedicine.

The surface plasmon, like messenger RNA and the scurfy mouse mutation, was an ORNL discovery that took decades before its importance could be fully appreciated.

"Ritchie was always ahead of everybody," says Thomas Thundat, a former wunderkind ORNL researcher who is now SUNY Empire Innovation Professor at the University at Buffalo. Ritchie was a major influence during Thundat's formative years.

"A hallmark of Ritchie's approach was his encouraging attitude, his caring and loving personality, and his enthusiasm for new ideas. Ritchie and I had offices in the same hallway, and we often had lunch together at the old canteen in Building 4500-South. This valuable time together, along with his mentorship, played a critical role in shaping my growth as a scientist," Thundat says.

Warmack also describes a collegial setting of researchers, with Ritchie often in the intellectual forefront.

"He could go to the board and start writing equations and talk about something, take his thumb and swipe over and change it – he went so quickly. In his mind it was like walking on water. One of his colleagues, Oakley Crawford, would smack his forehead – but Ritchie never strained," Warmack recalls.

During his ORNL career Ritchie led research groups in the Health and Safety Research Division's Biological and Radiation Physics section. His philosophy was to hire good people and let them explore.

"Ritchie helped me a lot with basic phenomenon of the cantilever sensors," Thundat says. "If I had some ideas I would go to him. He would stand in front of the board and write equations and explain them to me. He had a deep understanding. He was always open minded."

"He was the least overbearing manager you could imagine. In fact, I didn't even know he was a manager," Warmack says. "He was always encouraging, helpful, always looking for opportunities.  He took me to several conferences and had me present some experimental work in Spain and Japan. He knew all the people and always wanted to promote his people. He took special delight in it."

Warmack believes if Ritchie had been less humble and more of a self-promoter, major awards would have come his way. But his energies were vectored more toward helping others.

"When we had big problems we would go to Ritchie," Warmack says. "Tom Ferrell — my theoretical physics mentor — said every edition of Physical Review Letters in the early '60s had an article that referred to surface plasmons. If a Nobel Prize campaign could have been mounted, Bohm and Pines and Ritchie would have been prime candidates."

Ritchie was a fellow of the American Physical Society and a winner of its southeastern section's Jesse W. Beams Award, an ORNL Senior Corporate Fellow and a Ford Foundation professor in UT's physics department. Physics Today's obituary upon Ritchie's death in July 2017 states "he was universally recognized as a great theoretical physicist, respected and admired by all. He had immense influence on everyone who worked with him."​