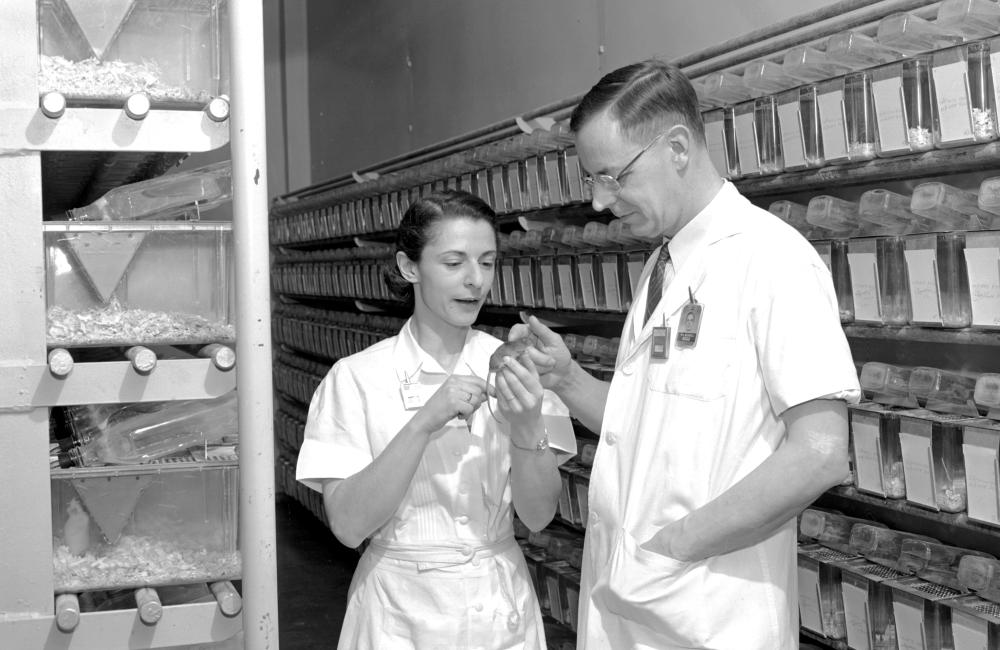 View a hi-res version of this image
Liane and Bill Russell. Below, Liane Russell.

Soon after the dawn of nuclear science, scientists understood that exposure to ionizing radiation could be harmful, even if they were unsure how harmful. Marie Curie, the groundbreaking scientist who coined the term “radioactivity,” most likely died from its effects eight years before the Manhattan Project was created. 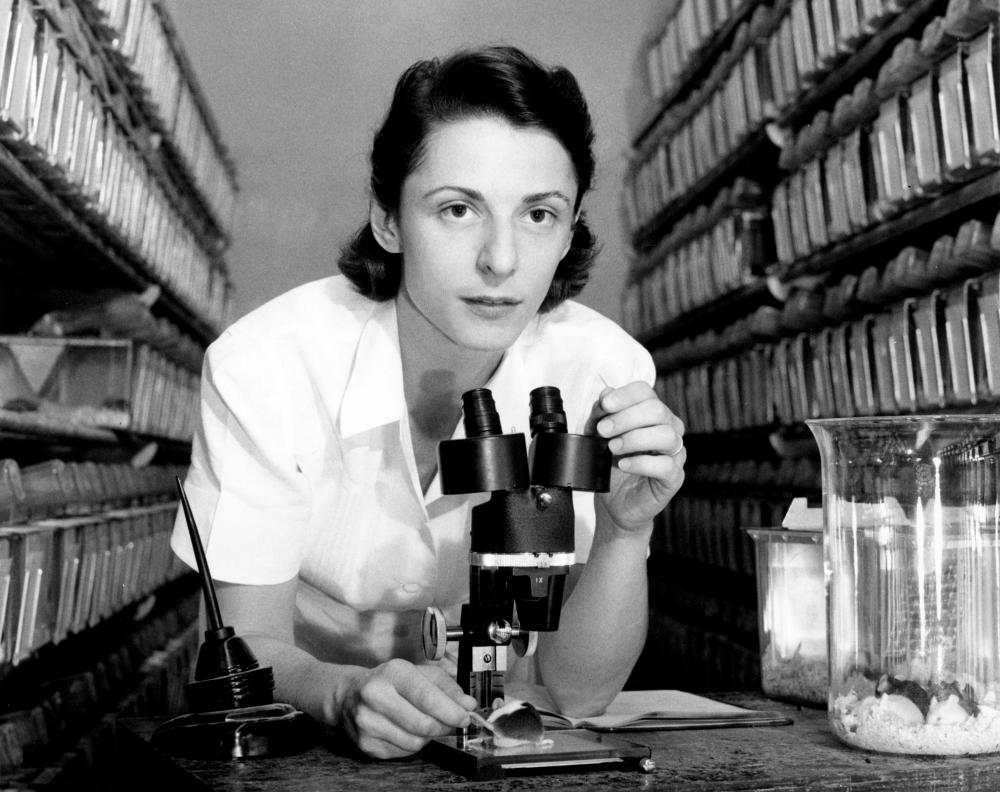 The effort during World War II to create a self-sustaining nuclear chain reaction was accompanied by efforts to develop detectors, shielding and lm badges to help scientists understand and reduce the risk. While physicists and chemists tend to get all the glory, there were teams of biologists embedded in the Manhattan Project, too, working to qualify and quantify the effects of radiation across a range of conditions.

After the war, ORNL—known then as Clinton Laboratories—moved to create a robust biology research program. First, however, it needed someone with one foot planted in biology and the other in this new field of “nucleonics.” That person was Alexander Hollaender, who came to Oak Ridge from the National Institutes of Health. It was Hollaender who brought William and Liane Russell on board from Roscoe B. Jackson Memorial Laboratory in Maine.

Liane Russell had completed her course work at the University of Chicago but had yet to defend her dissertation, which focused on the critical stages of embryonic development during which radiation could have ill effects. It was a new consideration, and her investigation found correlations between embryonic exposure and physical birth defects.

After she defended her thesis in August 1949 and became Dr. Liane Russell, the couple continued to pursue the hazards of embryonic exposure to radiation at ORNL.

By mapping critical points of human gestation to the same points in mice, they concluded that the most critical period of gestation was between two and six weeks, when most women would not even know they were pregnant. Their recommendations weren’t just for women working near a nuclear reactor, however. They also believed medical diagnostics such as X-ray imaging might harm a developing fetus.

In March 1952, the Russells published their recommendations in the journal Radiology. This publication led to the international guidance that pregnant women avoid radiological procedures and that women who might become pregnant restrict such procedures to two weeks after their last menstrual cycle. This was known as the “14-day rule.”

While discussion of menstruation may have run counter to general sensibilities, the Russells also angered radiologists with the implication that accepted practice at that time may have been unsafe.

“These recommendations, published in 1952, brought the wrath of radiologists down upon our heads, and unleashed a series of letters to the editor,” Liane Russell later wrote. “Before long, however, the so-called 14-day (sometimes 10-day) rule became internationally accepted in radiological practice.”

Clearly the article had far-reaching effects. Today, any time you enter an area of a hospital or doctor’s office where radiological imaging is taking place, you will be greeted by signs, questions and written materials insisting that you alert your doctor if you are pregnant or might become pregnant.