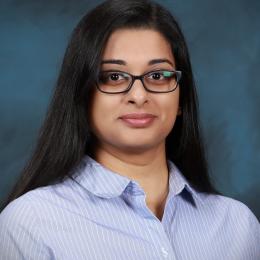 Dr. Swaroop Pophale graduated from the University of Houston with a PhD in High Performance Programming in 2014. Her key focus areas there were PGAS programming models, benchmark development, and compiler research. After working in the industry for a year she joined ORNL as a post-doctoral researcher in 2015 and was appointed as staff Computer Scientist in 2017.

At ORNL, her research focuses on shared and distributed memory programming models like OpenMP and OpenSHMEM. She is member of the SOLLVE ECP effort and is one of the primary contributors for the OpenMP 4.5 validation and verification suite developed for ECP to test device offloading with OpenMP. Dr. Pophale continues to contribute to the OpenSHMEM library research, benchmarks and specification development.

Outcomes of OpenMP Hackathon: OpenMP Application Experiences with the Offloading Model (Part I)...