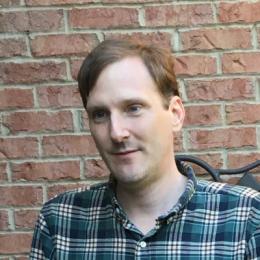 I am a bioinformaticist with an expertise in gene prediction and -omics analysis.  I am also the developer of the Prodigal gene prediction software for bacteria/archaea widely used around the world (100,000+ downloads, 1500+ citations).  My recent work has focused on developing software pipelines to analyze large omics datasets (particularly the 1000 genomes data set of Populus trichocarpa, both genomic and RNA-seq data).  I have also developed various software tools to analyze genomic and metagenomic data, proteomics data, and RNA-seq data for the BioEnergy Science Center (BESC).

Originally a computer scientist with an emphasis on parallel computing (via an assistantship with Joint Institute for Computational Science), I joined ORNL in 1998, where I worked on the GrailEXP gene prediction software and assisted in the annotation of the three DOE chromosomes for the Human Genome Project.  I also worked on the genome annotations of various model organisms, including white rot fungus (Phanerochaete chrysosporium)  and the sea squirt genome (Ciona intestinalis).  I am an expert in several programming languages, including C, Perl, Python, and R.

A k-mer based approach for classifying viruses without taxonomy identifies viral associations in human autism and plant micro...

Defining the genetic components of callus formation: A GWAS approach...

Rex in Caldicellulosiruptor bescii: Novel regulon members and its effect on the production of ethanol and overflow metabolite...