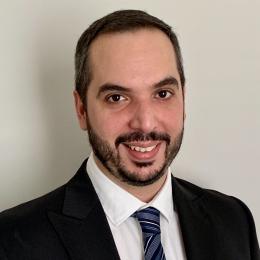 The experience of Ph.D Pedro Valero-Lara (11+ years) is focused on high performance, parallel, and scientific computing applied to numerous problems of research and industrial interest.

He is a Computer Scientist in the Programming Systems Group into the Advanced Computing Systems Research Section and Computer Science and Mathematics Division of Oak Ridge National Laboratory.

Previously, he was Sr Research Engineer at Cray Scientific and Math Libraries group, where he led the efforts for LibSci-Acc library, the Cray library for scientific (BLAS and LAPACK) computing on accelerators, under the umbrella of the CORAL-2 (DOE) project. In Spain, he was the founder and lead of the "Linear Algebra and Math Libraries" group at Barcelona Supercomputing Center. One of the main targets of this group was the development of a novel Linear Algebra library, LASs. He was also the Principal Investigator of the Fujitsu-BSC collaboration project "Porting and Optimization of Math Libraries", and one of the Work-Package leaders of the European project EPEEC. As researcher, he also participated in other projects; the European Flagship Human Brain Project, NLAFET, SyeC, among others.

He has also optimized and accelerated part of other reference tools, AI (cuDNN), simulation of the human brain (Arbor), brain image processing (ITK and SPM), and linear algebra (FISHPACK90), among others.

Pedro was awarded by the IEEE-CS Early Career Researcher Award for Excellence in HPC in 2020, the Juan de la Cierva Fellowship in 2018, FPI-CIEMAT scholarship in 2011 and Microsoft Imagine Cup in 2009.

Propagation Pattern for Moment Representation of the Lattice Boltzmann Method...