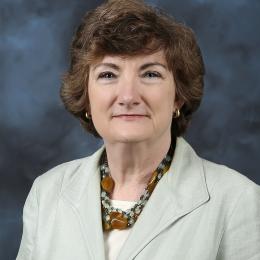 Michelle Buchanan currently serves as Senior Technical Advisor to the Deputy Director for Science Programs in the U.S. Department of Energy’s Office of Science. Prior to this assignment, she served as Deputy for Science and Technology at ORNL from 2017 to 2021, overseeing ORNL’s extensive portfolios of research and development, spanning physical and materials sciences, energy and engineering sciences, computing and computational sciences, biological and environmental sciences, neutron sciences, and global security. From 2000 to 2017, Dr. Buchanan was the Associate Laboratory Director for Physical Sciences for more than a decade. She served as director of the ORNL Chemical Sciences Division from October 2000 to November 2004 and as associate director of the ORNL Life Sciences Division from January 1999 to September 2000. She initiated the Center for Structural Molecular Biology at ORNL, serving as its director from 1999 to 2003, and led the Organic and Biological Mass Spectrometry Group in the Chemical and Analytical Sciences Division (now the Chemical Sciences Division) from 1986 to 1999. She joined ORNL in 1978 after earning a B.S. in chemistry from the University of Kansas in Lawrence, Kansas, and a Ph.D. in analytical chemistry from the University of Wisconsin in Madison, Wisconsin.

Dr. Buchanan is a Fellow of the American Chemical Society (ACS) and currently serves as a Councilor for the Division of Analytical Chemistry (DAC) and as a member of the Divisional Activities Committee of the ACS. She has served as a member of the International Activities Committee for ACS, treasurer for DAC ACS, treasurer for the American Society for Mass Spectrometry, and chair of the East Tennessee Section of the ACS. She also served on numerous advisory boards of universities and for major research centers. Current board memberships include Vanderbilt University, the University of North Carolina, Cornell University, Boston University, the University of Wisconsin, and the University of Tennessee. Over the past decade she has worked at the national level helping define basic research needs in a number of key energy-related areas.