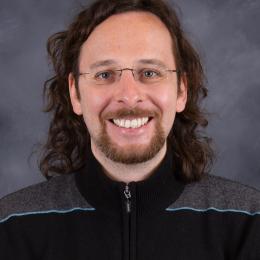 Matthias Dietrich Frontzek is an instrument scientist at the WAND² diffractometer at the High-Flux-Isotope reactor. He studied physics at the Technical University Dresden in Germany and received his diploma (MS) in 2003 and was awarded his PhD in 2009. The topic of his thesis, under his supervisor Michael Loewenhaupt, was the magnetic properties of R2PdSi3 compounds. To investigate the magnetic structure Matthias used neutron scattering, in particular the E2 instrument at the Helmholtz-Zentrum Berlin. After his PhD, he joined Oak Ridge National Laboratory as a postdoc under the mentorship of Georg Ehlers working on multiferroic delafossite compounds. In 2012, Matthias went to the Switzerland for a postdoc/instrument scientist position at the MDC diffractometer, located at the Swiss Neutron source SINQ at the Paul Scherrer Institut (PSI). There he was selected as PSI fellow. In 2016, Matthias joined ORNL once again as instrument scientist at the WAND diffractometer, establishing the user program for this instrument and realizing the upgrade to WAND². Matthias is the chair of the high-temperature-sample-environment committee, is part of the US-Japan cooperative research program on neutron scattering and co-organizer of the National Neutron and X-ray scattering school.

Matthias grew up in Limburg an der Lahn in Hesse, Germany and is now living with his wife and two daughters in Oak Ridge, Tennessee.

Towards understanding the magnetic properties of the breathing pyrochlore compound Ba3Yb2Zn5O11through single-crystal studies...

Journal: Journal of the Physical Society of Japan
view all