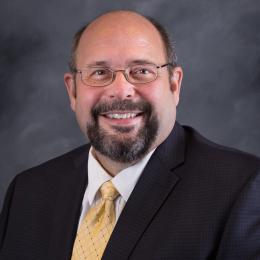 Ken leads the STS technical systems and has direct responsibility for the design, fabrication, testing, installation, and commissioning of the STS Project hardware. Prior to this, he led the Instrument Systems group which will construct the initial neutron scattering instruments at the STS and ensure that facility designs and interfaces support future full build-out of a complete instrument suite. He is a physicist with over 30 years of experience in neutron scattering, instrumentation and related technologies. He led the ORNL LDRD effort that developed the initial compact source geometry that is the basis of the high neutron brightness STS design and has been engaged in STS concept development and planning since its beginning.

Ken joined ORNL in 1998 as the first instrument scientist for the Spallation Neutron Source where he led the design and construction of the BaSiS near-backscattering neutron spectrometer which continues to support about 25 to 30 science publications each year. He has served in many leadership and management roles within the Neutron Sciences Directorate since its creation in 2006. Prior to joining the STS Project Office, he led the Instrument Methods, Projects and Technologies Group that focused on advancing state of the art in neutron sciences and technologies. From 2015 to 2018, he was also Technical Director managing an approximately $10M/year investment in neutron instrument improvements and upgrades.

Ken received his BS in physics and computer science and MS in physics from Southern Illinois University Edwardsville and his PhD in physics from the University of Illinois at Urbana-Champaign in 1988. He has served on many national and international advisory committees and is author or co-author of over 100 articles appearing in science journals, as book chapters, or workshop and conference proceedings.

Study of the water dynamics near hydrophilic, nanostructured CuO surfaces by quasielastic and inelastic neutron scattering...