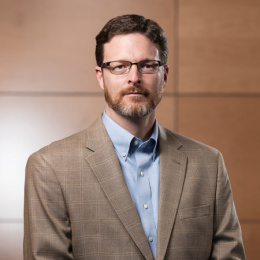 Harold has been the Database Operations Lead for ARM Data Center (ADC) since 2015. His responsibilities include leading the team responsible for managing the databases underpinning the tools and workflows that process millions of files per year. The ADC currently has more than 2 PB of data across 44 million data files. Harold is also certified as a ScrumMaster and Product Owner.

Previously, Harold was an environmental informatics developer in the Environmental Data Science and Systems of ORNL. His research interests are founded in the statistical analysis of large datasets and the effective presentation of the results of these datasets. Shanafield received both an MS in Genome Science and Technology and an MS in Statistics from the University of Tennessee at Knoxville in 2008. He also holds a BA in Biology and Environmental Science from Northwestern University.

Harold has assisted in the redesign of various parts of the datastream ingest process for the Atmospheric Radiation Measurement (ARM) Archive program—a DOE scientific user facility for the study of global climate change by the national and international research community. He has  also led the redesign of the Fluxnet website and its underlying database, as well as developed a database for the integration of several national datasets related to hydropower production for the National Hydro Asset Assessment program. Prior to his post at ORNL, he held positions with BearingPoint Consulting  and pcOrder.com, both based in Austin, TX. In these positions, he worked to increase the productivity of both companies by developing improved data collection, entry, and analysis processes.

Journal: Proceedings of the IEEE