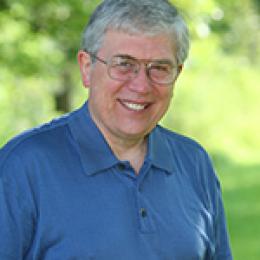 GEJs earliest work at ORNL involved the basic science of laser annealing, which was being used to fabricate very high efficiency solar cells.  The work involved the construction of DLTS and high-resistivity Hall Effect systems and several laser pump probe experiments to measure melt durations during irradiation with ruby and excimer lasers.  He also built the equipment to characterize laser annealed solar cells, which attained 19.5% efficiency in 1986.
After the completion of the ORNL effort in photovoltaics, He has built several spectroscopic ellipsometers and has made significant contributions to the analysis of spectroscopic ellipsometry data.  He is the author of the Tauc-Lorentz model for the parameterization of the optical functions of amorphous materials, which is now used extensively for the interpretation of spectroscopic ellipsometry data.  He is the inventor of the two-modulator generalized ellipsometer (2-MGE), which capable of analyzing optically anisotropic materials.  Using the 2-MGE, he has determined the optical properties of several uniaxial crystals, including TiO2, BiI3, and ZnO, and recently the monoclinic CdWO4.  In its reflection configuration, the 2-MGE is presently being used to characterize the anisotropy of pyrocarbon layers in TRISO nuclear fuel; this instrument is commercially available from Hinds Instruments in Hillsboro, OR.  Recently, he served as a co-organizer of the 5th International Conference on Spectroscopic Ellipsometry (ICSE5) held in May 2010 in Albany, NY.