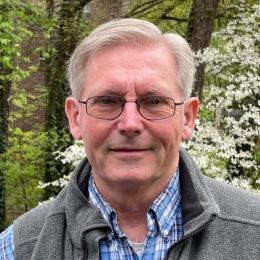 Christoph is involved in the conceptual and engineering development of instrumentation for all three neutron sources (HFIR, FTS and STS) at ORNL. Christoph is a crystallographer by training. His neutron experience started at the FRM (Garching, Germany) with the design and realisation of a double-focussing neutron analyser made of a large number of copper crystals. For his PhD he studied the diffuse scattering phenomena in a highly anisotropic organic Iodine inclusion compound at low temperatures with X-ray and neutron diffraction. During his a first postdoc at the Research Center in Karlsruhe, Germany (KFZ) he worked with Chevrel-Phase superconductor materials and their technical applications. After that Christoph moved to Brookhaven National Laboratory where he was a beam line scientist and one of the early developers and users of Monte-Carlo-Raytracing software to simulate and study neutron instrumentation concepts with computers. Later on, after a 1-year stay at the NIST reactor in Gaithersburg, he went back to Garching to developed and oversee the construction of a neutron reflectometer for the Max-Planck Society at the FRM-II. In his next step he joined the SNS at ORNL to finalise the design and oversee the neutron-technical aspects of the construction of the VISION spectrometer.

Currently Christoph is heavily involved in the design of a small angle scattering instrument for the Second Target Station. His main interest lies in the development of advanced numerical techniques and their practical application which can help to improve the effectiveness of instrumentation using modern computational resources.

The Inelastic Instrument suite at the SNS...