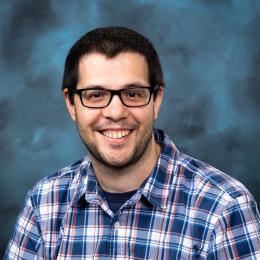 Aristeidis Tsaris’ joined the National Center for Computational Sciences as a research scientist in large scale data in 2019. His research focus is on scalable machine learning applications on HPC systems and more broadly on understanding how artificial intelligence can advance scientific discovery.

Prior to joining ORNL, Dr. Tsaris received his PhD on Particle Physics from Florida State University in Tallahassee in 2016, and his BS degree in Applied Mathematical and Physical Sciences from the National Technical University of Athens, Greece in 2010. In 2012 he contacted research in the Medium Energy Particle Physics, where he worked on two experiments at Jefferson Lab, CLAS and GlueX. In 2016, Dr. Tsaris joined the Scientific Computing Division (SCD) at Fermi National Lab. He focuses on deep learning applications for High Energy Physics (HEP), and work on the NOvA neutrino experiment, and has also contributed to a wide variety of original ML applications to dataset from other HEP domains, such as collider physics and astrophysics.

Journal: BenchCouncil Transactions on Benchmarks, Standards and Evaluations
view all