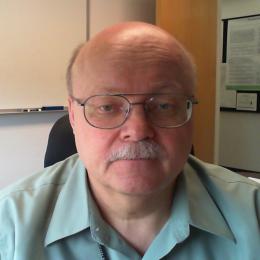 Dr. Andrei Shishlo is an accelerator physicist in the Research Accelerator Division at SNS. He got his Ph.D. in Nuclear and Elementary Particle Physics from St. Petersburg Polytechnic University (SPbPU), Sankt-Petersburg, Russia in 1989. Since then, he was working as an Associate Professor at the General Physics Department in Ulyanovsk Polytechnic Institute and at the Experimental Nuclear Physics Department in SPbPU. In 2000 he joined the SNS project as a computer analyst of SNS Ring Physics Group at Brookhaven National Lab. In 2002 he moved to Oak Ridge, TN as a SNS accelerator physics (AP) group member. He worked here as an application software team developer, an AP group leader, and now he is the SNS linac physicist in AP group.

Beyond RMS: Understanding the Evolution of Beam Distributions in High Intensity Linacs...