Role of Protein-Water Interface in the Stacking Interactions of Granum Thylakoid Membranes—As Revealed by the Effects of Ho...

The thylakoid membranes of vascular plants are differentiated into stacked granum and unstacked stroma regions. The formation of grana is triggered by the macrodomain formation of photosystem II and light-harvesting complex II (PSII-LHCII) and thus their lateral segregation from the photosystem I—light-harvesting complex I (PSI-LHCI) super-complexes and the ATP-synthase; which is then stabilized by stacking interactions of the adjacent PSII-LHCII enriched regions of the thylakoid membranes. The self-assembly and dynamics of this highly organized membrane system and the nature of forces acting between the PSII-LHCII macrodomains are not well understood. By using circular dichroism (CD) spectroscopy, small-angle neutron scattering (SANS) and transmission electron microscopy (TEM), we investigated the effects of Hofmeister salts on the organization of pigment-protein complexes and on the ultrastructure of thylakoid membranes. We found that the kosmotropic agent (NH4)2SO4 and the Hofmeister-neutral NaCl, up to 2 M concentrations, hardly affected the macro-organization of the protein complexes and the membrane ultrastructure. In contrast, chaotropic salts, NaClO4, and NaSCN destroyed the mesoscopic structures, the multilamellar organization of the thylakoid membranes and the chiral macrodomains of the protein complexes but without noticeably affecting the short-range, pigment-pigment excitonic interactions. Comparison of the concentration- and time-dependences of SANS, TEM and CD parameters revealed the main steps of the disassembly of grana in the presence of chaotropes. It begins with a rapid diminishment of the long-range periodic order of the grana membranes, apparently due to an increased stacking disorder of the thylakoid membranes, as reflected by SANS experiments. SANS measurements also allowed discrimination between the cationic and anionic effects—in stacking and disorder, respectively. This step is followed by a somewhat slower disorganization of the TEM ultrastructure, due to the gradual loss of stacked membrane pairs. Occurring last is the stepwise decrease and disappearance of the long-range chiral order of the protein complexes, the rate of which was faster in LHCII-deficient membranes. These data are interpreted in terms of a theory, from our laboratory, according to which Hofmeister salts primarily affect the hydrophylic-hydrophobic interactions of proteins, and the stroma-exposed regions of the intrinsic membrane proteins, in particular—pointing to the role of protein-water interface in the stacking interactions of granum thylakoid membranes. 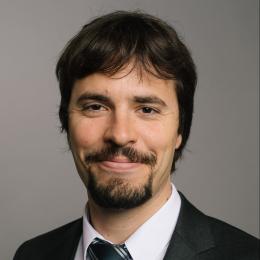