Virginia H. Dale received two mathematics degrees, a B.A. with honors in 1974 and an M.S. in 1975, from the University of Tennessee, Knoxville (UTK). She obtained her Ph.D. in 1980 in mathematical ecology from the University of Washington. She has performed research and held several management positions in the Environmental Sciences Division of Oak Ridge National Laboratory since 1984. In addition, she serves as an adjunct professor in the Department of Ecology and Evolutionary Biology at UTK.

Dr. Dale has been a primary influence in shaping the field of applied ecology, pioneering the development and application of ecological models for understanding disturbance and its effect on ecosystems and applications for environmental decision making in land management. Her studies have influenced some of the largest landholders in the world, including the U.S. Forest Service and the U.S. Department of Defense (DOD). She helped to form the landscape ecology research program for the U.S. Environmental Protection Agency (EPA).

One of the first scientists to undertake quantitative analysis of land-use change and its implications to global change, Dale’s approaches to modeling land-use change have been applied in Brazil, Guatemala, and Panama. She has worked on developing tools for resource management; vegetation recovery subsequent to disturbances; effects of air pollution and climate change on forests; tropical deforestation; and integrating socioeconomic and ecological models of land-use change. She was one of the first ecologists to investigate the aftermath of the 1980 eruption of Mount St. Helens in Washington, providing a major contribution to the understanding of disturbance ecology that is ongoing.

Dale has been a key figure on numerous environmental science-related boards and committees. She serves on EPA’s Scientific Advisory Board and the Science Advisory Board for the Grand Canyon Monitoring and Research Center. She serves on several committees of the National Academy of Sciences. She has served as chair of the U.S. Regional Association of the International Association for Landscape Ecology and on the scientific review team for The Nature Conservancy. She has been a member of the Ecosystems Panel of the National Science Foundation and the "Committee of Scientists" appointed by the U.S. Secretary of Agriculture. She was elected to the Governing Board of the Ecological Society of America and also was a member of DOD's Strategic Environmental Research and Development Program's Ecosystem Management Project. She was a member of the Executive Committee of the Policy Team for Southern Appalachian Assessment, which won Vice President Gore's Hammer Award.

A noted lecturer and writer, Dale has given 118 invited scientific presentations and published more than 140 scientific articles. She is editor-in-chief of the journal, Environmental Management. She has edited four books, Ecological Modeling for Resource Management; Tools to Aid Environmental Decision Making (with M. E. English); Effects of Land-Use Change on Atmospheric CO2 Concentrations; and Applying Ecological Principles to Land Management (with R. Haeuber). She is on the editorial board for three journals, Landscape Ecology, Ecological Indicators, and Ecological Economics. She has also coordinated the development of six special issues of journals.

She was named a corporate fellow in 2002. 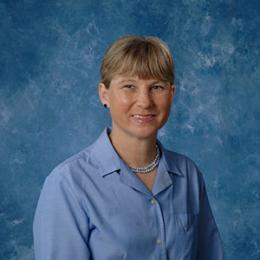