Dr. Vo-Dinh has authored more than 220 publications in peer-reviewed scientific journals. He is the author or editor of seven books. He holds 16 U.S. patents, five of which have been licensed by DOE to private companies for commercial development. Dr. Vo-Dinh has presented more than 100 invited lectures at international meetings in universities and research institutions. He has organized and chaired over 10 national and international conferences in environmental and biomedical research areas. He served as the Honorary Chairman of two International Symposia on Analytical Sciences held in Deauville, France in 1993 and in Montreux, Switzerland in 1994.

Dr. Vo-Dinh is a fellow of the American Institute of Chemists and editor of the international journal Polycyclic Aromatic Compounds. He also serves or has served as an associate editor of ANALUSIS, and as a member on the editorial and advisory board of Applied Spectroscopy, Talanta, Spectrochimica Acta Reviews, and the Journal of Biomedical Optics. He is also the editor of the book series on Advances in Environmental and Process Control Technologies. Dr. Vo-Dinh serves as chairman of Commission on Optical Detection Methods for the International Union of Pure and Applied Chemistry (IUPAC), chairman of the ASTM Subcommittee on Fiberoptics, and the U.S. delegate to the North Atlantic Treaty Organization Industrial Advisory Group.

Dr. Vo-Dinh was appointed a corporate fellow in 1994. 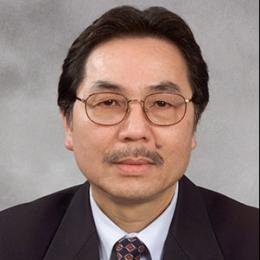