Tony A. Gabriel earned a bachelor's in physics and mathematics from Pfeiffer College in 1964 and a doctorate in physics from the University of Tennessee in 1969. He came to ORNL in 1968. Throughout his career, Gabriel has developed and used high-energy radiation transport codes and particle nucleus collision models to study various shielding and detector systems. Considered a world-renowned expert in the field of neutron physics, scattering, and absorption, he has been involved in the design of most of the large-scale experiments in nuclear and particle physics in the world. He is a leading specialist in radiation transport in materials and has carried out pioneering research in the development of high-energy physics detectors. He co-developed the internationally used CALOR2000 code system for high-energy particle cascade and transport simulation. Gabriel is currently leading the Experimental Facilities Division within the Spallation Neutron Source (SNS) project at ORNL and serves as the senior team leader for the SNS Target Systems. Spallation is considered a crucial technology with an increasing wide field of application: pulsed neutron sources for condensed matter studies, the basis of facilities for tritium production, accelerator-based transmutation of radioactive waste, and energy production. Gabriel is one of the first to prove the feasibility of using mercury for a liquid metal target in high power spallation neutron sources. In earlier years, he served as the director of the Oak Ridge Detector Center and was a group leader for the Applied Physics Group in the Computational Physics and Engineering Division. He acted as the liaison between ORNL and the Superconducting Super Collider (SSC) project from 1986 to 1994. He played a key role in the design and research and development program for the Solenoidal Detector Collaboration (SDC), a collaboration of some 1,000 scientists who were developing one of two large, general-purpose experimental detectors for the SSC. In addition, Gabriel helped to establish codes and develop expertise at the Karlsruhe and Juelich Research Centers in Germany and at the ISIS Spallation Neutron Source facility at the Rutherford Appleton Laboratory in England. The KARMEN Neutrino Detector at the ISIS facility has produced valuable data in neutrino physics, and the success of this important experiment is due in part to the direct role Gabriel had in the design of the shielding and the continuing use of his radiation transport codes in crucial parts of the data analysis. Gabriel received a Technical Excellence Award in 1985 from the American Nuclear Society. He has been heavily involved in the organizing of major international conferences and workshops on all aspects of radiation transports in materials. He is a fellow of the American Physical Society. He is a member of the external review committees for the Accelerator Production of Tritium Project and for the Light Source at Thomas Jefferson National Accelerator Facility. He is a member of the executive board of the Southeastern Association for High-Energy Physics and the Institutional Board of the BaBar Detector Collaboration. He has authored more than 300 publications, and his citations since 1973 have totaled 989. He was named a corporate fellow in 2001. 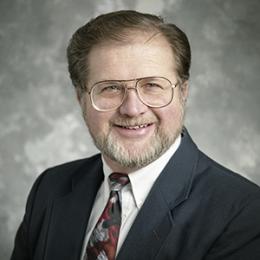