Trained as a physicist, Thomas Thundat leads the Nanoscale Science and Devices Group in Life Sciences. He came to ORNL in 1992 following completion of his Ph.D. at the State University of New York at Albany in 1987 and after holding research positions at the Arizona State University and at UT.

Thundat is a world leader in nanomechanical sensors. His work in biomedical engineering and biotechnology, micromechanical sensors, and nanoscale imaging and detection has been featured in Time. His numerous national and international honors include two R&D 100 Awards, three National Federal Consortium Awards for Excellence in Technology Transfer, the Jesse Beams Award, the Discover Magazine Award, ASME Pioneer Award, and the Scientific American Top 50 Technology Leaders Award.

The author of more than 170 scientific papers in refereed journals, Thundat has received 19 patents for nanomechanical sensor technologies ranging from medical instrumentation to land mine detection. Thundat is a Battelle Distinguished Inventor and a Fellow of the American Physical Society. He is also a research professor of physics at UT and a visiting professor at the University of Burgundy, France. He lives in Knoxville with his wife Darilyn and three children, Rachel, Tess, and Jonah. 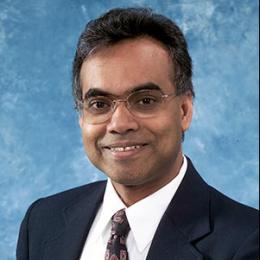