Stephen E. Nagler received his B.S., M.S., and Ph.D. degrees in physics from the University of Toronto. He served two years as a visiting scientist at the IBM T. J. Watson Research Center, Yorktown Heights, New York, and joined the physics faculty at the University of Florida in 1984. While at Florida Nagler initiated a research program using both time-resolved X-ray scattering and neutron scattering, and he was a founding member of the MRCAT beamline at the Advanced Photon Source. He was also named a Presidential Young Investigator by the National Science Foundation in 1986.

He joined the former Solid State Division’s Neutron Scattering Group in 1995 and served as group leader for Neutron Spectrometry from 1996 to 2005. At Oak Ridge his primary research interests have been quantum magnetism and correlated electron systems. Nagler served as the interim director of the High Flux Isotope Reactor Center for Neutron Scattering in 2005–2006, guiding the center through a critical DOE review while ensuring research productivity, successful instrument upgrades, and integration of neutron scattering at the HFIR and at the Spallation Neutron Source. Nagler has also served as the director of the Quantum Condensed Matter Division. He is now Corporate Fellow and Senior Advisor in the Neutron Scattering Division.

Nagler is internationally known as a leader in the investigation of magnetic excitations and quantum critical behavior in materials. He has made pioneering contributions to the study of nonequilibrium systems, quantum fluctuations, spin gap systems, and excitations in condensed matter.

Named ORNL Scientist of the Year in 1998 and fellow of the American Physical Society in 2000, Nagler serves on numerous national and international committees and is a member of the editorial board of Physical Review Letters.

He was named a corporate fellow in 2007. 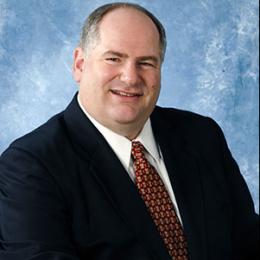