Saed Mirzadeh received a B.S. in chemistry from the National University of Iran and a Ph.D. in physical chemistry from the University of New Mexico. He began his career at ORNL in 1989 and is currently a distinguished staff scientist in the Nuclear Security and Isotope Technology Division, where he serves as the technical lead for the medical isotope research and production program.

Dr. Mirzadeh is an internationally recognized leader in the research, production, and application of medical isotopes and a world-renowned authority in many aspects of targeted alpha therapy (TAT). His work in radiochemistry has been vital to perfecting chemical separations and purification for a variety of source radioisotope generators. Several of his patented radioisotope generators are the foundation for the production and purification of radioisotopes used in nuclear medicine applications. Dr. Mirzadeh also has worked and collaborated with a number of medical researchers in establishing protocols for radiolabeling of biological targeting molecules.

Dr. Mirzadeh’s career is distinguished by his efforts in the research and production of actinium-225. Once his research identified actinium-225 as an ideal radioisotope for TAT applications, he led the recovery and purification of thorium-229 for use in the creation of actinium-225. Because of this work, ORNL remains the largest source of highly purified thorium-229, and actinium-225 is now widely used in clinical trials and research. In addition, Dr. Mirzadeh is collaborating on a project with colleagues at Brookhaven and Los Alamos National Laboratories to investigate a different method of producing actinium-225 through irradiation of thorium targets using linear proton accelerators. His current research is focusing on the potential use of nanoparticles for the delivery of radium and actinium isotopes for treatment of cancerous cells.

Dr. Mirzadeh holds 13 patents in the areas of radioisotope production for medical applications and is the author of 4 book chapters and more than 160 peer-reviewed publications. Dr. Mirzadeh has served on the publication committee of the American Chemical Society’s Division of Nuclear Chemistry and Technology, has been a member of the editorial board of the Journal of Applied Radiation and Isotopes, and has won several awards, including a R&D 100 Award and the 2007 American Nuclear Society Seaborg Medal.

Throughout the course of his career at ORNL, Dr. Mirzadeh has mentored more than 70 undergraduate, graduate, and postdoctoral researchers. His guidance has helped many of these young scientists develop into leaders within government, industry, and academia. 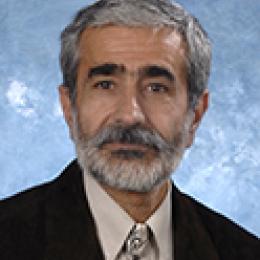