Following the completion of his Ph.D. in biochemistry at the St. Louis University School of Medicine in 1970, Russ Knapp was a National Institutes of Health (NIH) postdoctoral fellow from 1970 to 1972 in the Biochemistry Department at the University of Liverpool, England, and he then spent the 1972–1975 three-year period as a senior research scientist in the Biochemistry Department at Rice University in Houston before joining ORNL in 1975. He has headed the ORNL Nuclear Medicine Program since 1977.

Dr. Knapp was appointed a corporate fellow in 1998. His research interests include the development and in vivo and in vitro evaluation of new diagnostic and therapeutic radiopharmaceuticals for use in nuclear medicine, with particular emphasis on nuclear cardiology and cancer therapy, the reactor production and processing of medical radioisotopes, and the development of radionuclide generator systems. Current research areas include the application of reactor-produced radioisotopes for introvascular brachytherapy, bone pain palliation, and cancer therapy. His other principal responsibility involves establishing collaborative programs for the clinical evaluation of new agents developed in the ORNL program.

He has authored more than 290 publications, has 17 patents, and has lectured widely internationally. He serves on the editorial boards of the European Journal of Nuclear Medicine and Applied Isotopes and Technology, is a member of Phi Beta Kappa, and was the recipient of a Senior American Scientist Award from the Alexander von Humboldt Foundation for his research during 1991–1992 at the Clinic for Nuclear Medicine, University of Bonn, Germany, where he also conducted research during the 1985–1986 period. 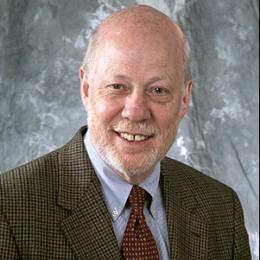