Dr. O'Neill came to ORNL as a Ford Foundation Fellow in 1967 after completing his Ph.D. in ecology at the University of Illinois. He has pioneered a number of research areas, including ecosystem modeling, risk analysis, hierarchy theory, and landscape ecology. He has more than 220 publications, including 4 books. His early work produced the first nonlinear ecosystem models. With colleagues, he studied error propagation in complex models. The significance of this work was acknowledged in 1994, when the International Association for Statistical Ecology awarded their highest award, Distinguished Statistical Ecologist, to Dr. O'Neill.

His theoretical work includes an empirical theory of ecosystem function, consumer control of ecosystem stability, and nutrient cycling in stream ecosystems. Dr. O'Neill was the lead author on a book on Hierarchy Theory that has been very influential in ecology.

Landscape ecology deals with the interaction between large-scale spatial patterns and ecological processes. Dr. O'Neill's team laid the analytical and quantitative basis for most of the current research in the field. His contributions were acknowledged in 1995 by the International Association for Landscape Ecology, which awarded him their highest honor, Distinguished Landscape Ecologist.

He has presented lectures at many universities, including Harvard, Cornell, Berkeley, and Wisconsin. He is in demand to serve on advisory committees for the National Academy of Sciences, the National Science Foundation, and interdisciplinary programs at major universities. He has been a visiting scientist at the University of New Mexico and at the Ecosystem Research Center at Cornell. Internationally, he has presented talks in England, Belgium, Sweden, Austria, Germany, Denmark, Venezuela, and Israel.

His current challenges involve developing a continental monitoring system based on landscape principles and interdisciplinary work in economic ecology.

He was appointed a corporate fellow in 1996. 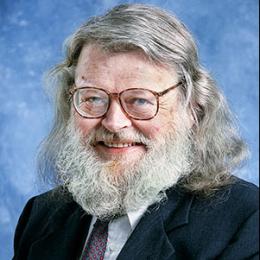