Richard Norby joined the Environmental Sciences Division as a postdoctoral research fellow in 1981 and was appointed to the ORNL research staff in 1985. He received his B.A. in chemistry from Carleton College and his Ph.D. in forestry and botany from the University of Wisconsin–Madison. He is currently the science team leader for experimental ecology in the Environmental Sciences Division.

Norby is one of the leading researchers in the world on effects of increasing levels of atmospheric carbon dioxide on terrestrial ecosystems. He is a pioneer in large-scale manipulative field experiments and led the design and implementation of the ORNL Free Air Carbon Dioxide Enrichment (FACE) experiment, which has established the importance of understanding allocation of carbon to root systems as an ecosystem response to elevated carbon dioxide levels.

He was one of the first researchers to recognize the crucial importance of root and soil processes in mediating the response of trees to carbon dioxide, and his research has profoundly influenced the direction of global carbon studies. He is a fellow of the American Association for the Advancement of Science and environmental section editor of New Phytologist.

In 2005, Norby was appointed to the board of trustees of the New Phytologist Trust, which supports plant sciences internationally. He has served on numerous national committees, including the Science Steering Group for the North American Carbon Program, the Technical Advisory Committee for the National Institute for Global Environmental Change, and the Scientific Steering Committee for the National Science Foundation Research Coordination Network on Terrestrial Ecosystem Responses to Atmospheric and Climate Change.

He was named a corporate fellow in 2007. 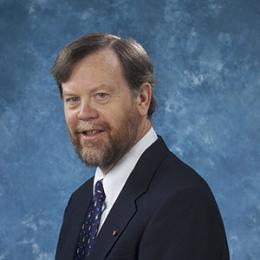