Richard (Dick) Haire is the leader of the Transuranium Element Chemistry Group of the Chemical Sciences Division at Oak Ridge National Laboratory. He received his B.S. degree from the University of Illinois and his Ph.D. in chemistry from Michigan State University.

His entire career has been at ORNL, having joined the laboratory in 1965 to perform research with the transplutonium elements. His studies have been performed in conjunction with a national program to produce heavy elements at the ORNL High Flux Isotope Reactor. In addition to this pioneering work at ORNL, he has periodically performed key collaborative research at a number of domestic and foreign laboratories.

Dr. Haire’s research interests center on the chemistry, physics, and materials science of the f-electron elements, with a focus on the actinide elements through element 101, mendelevium. His studies have involved the gas, solid, and solution states of the elements and compounds of these f-electron elements. Current thrusts of his work involve the high-pressure behaviors of actinide metals and alloys, the gas-phase chemistry of the actinide elements and their compounds, and the fundamental and materials science of matrices for immobilization and transmutation. He is noted for expertise in unique microtechniques/syntheses, which have catalyzed and enabled worldwide research to be performed with the 5f-electron elements.

A particular research effort of Dr. Haire’s has concerned the high-pressure behavior of the actinides with regard to their bonding, structure, and electronic configurations. Recent international collaborative synchrotron studies with elements 95–98 and with protactinium metal have generated new concepts concerning the condensed-matter science of the actinides.

Haire is a fellow of the American Association for the Advancement of Science and a former adjunct professor of chemistry at the University of Tennessee. He has served on committees of the National Research Council of the American Academy of Science and on editorial boards of several journals. He has served frequently on national review panels of scientific programs and on Ph.D. examination committees at both domestic and foreign universities. He has been a mentor for numerous Japanese scientists coming to ORNL under the Japan–United States actinide program.

He has presented numerous plenary and invited lectures at national and international meetings. He has been a Welch Foundation traveling lecturer, been granted both an Alexander Von Humbolt award and a Japan International Scientist award, and received two technical achievement awards from ORNL for work on plutonium and fermium.

He serves on committees for international conferences on actinides and has organized several international symposia. His research articles (some 300) have appeared regularly in competitive peer-reviewed journals (i.e., Physical Review, Science). In addition, he has written a number of book chapters dealing with f-electron element science. He was appointed a corporate fellow in 2002. 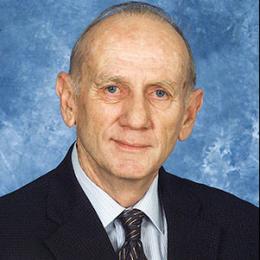