Rao received his doctorate in computer science from Louisiana State University in 1988 and completed his doctoral work at ORNL at the Center for Engineering Science Advanced Research in the Computer Science and Mathematics Division. Before joining ORNL as a staff member Rao served on the faculty of Old Dominion University.

Rao is nationally recognized for his pioneering contributions in the fields of high-performance networking and multiple-sensor fusion. He has answered several fundamental questions related to the design of high-throughput network transport protocols, proving the chaotic nature of the widely deployed transmission control protocol and initiating the design of protocols that have proven stable and effective. Rao is also credited with developing a unifying theory of information fusion, solving a long-standing fundamental question critical to his field.

Rao received the 2005 Technical Achievement Award for the Computer Society of the Institute of Electrical and Electronics Engineers for his work on information fusion methods over the last decade. He has published more than 200 technical papers, was instrumental in founding two international journals, and serves on boards for five journals. He has co-chaired five workshops and conferences and served on more than 25 international conference committees.

He was named a corporate fellow in 2006. 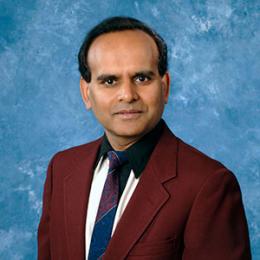