Since 2001, Mike Simpson has been a group leader for the Nanofabrication Research Laboratory and theme leader in the Center for Nanophase Materials Sciences. His research focus includes noise biology, nano-enabled synthetic biology and controlled synthesis and directed assembly of carbon nanostructures. In 2011, he was elected a Fellow of the American Association for the Advancement of Science following his induction into the College of Fellows of the American Institute for Medical and Biomedical Engineering in 2010 and election as a Fellow of the IEEE in 2008.

Mike has authored more than 150 peer-reviewed publications, garnering nearly 7,500 citations and has been awarded 34 U.S. patents. He is on an external advisory board for the BATOCOM consortium led by Manchester Metropolitan University in the United Kingdom, and holds a joint faculty position in the material sciences and engineering department at the University of Tennessee, where he received his doctorate in electrical engineering. He is the assistant director for the Joint ORNL/UTK Bredesen Center for Interdisciplinary Research and Graduate Education. 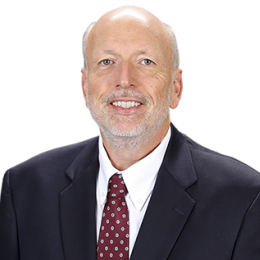