Dr. Tobin has been actively engaged in the development of new methods and technologies in the field of applied computer vision since he began his professional career in 1987 at Oak Ridge National Laboratory (ORNL). In 1991 he became group leader of the Image Science and Machine Vision Group in the Engineering Science and Technology Division and is currently the director of the Electrical & Electronics Systems Research Division in the Energy & Environmental Sciences Directorate.

Dr. Tobin's work has had a significant impact on industrial inspection and automation, especially in semiconductor manufacturing. He has helped to create a number of unique methods and technologies that support rapid yield learning, waste mitigation, and profitability in semiconductor wafer manufacturing. Among the techniques developed by Dr. Tobin are patented and patent-pending technologies for automatic defect classification, spatial signature analysis, and content-based image retrieval for yield learning and image management. These information technologies, which build on the optical and scanning electron microscopy infrastructure in the manufacturing environment for inspection and metrology, have been licensed by manufacturers such as IBM, AMD, HP, and Motorola, and by suppliers such as Applied Materials, and Knights Technology.

Dr. Tobin and his division also developed an extensive image synthesis, processing, and analysis method for a direct-to-digital holographic (DDH) microscopy technology developed by ORNL. This technology is more sensitive than diffraction-limited, intensity-based techniques; requires little laser energy; provides volumetric detection rather than surface-area measurements; and has a higher throughput than is possible with other optical surface profile imaging techniques. DDH microscopy is the only technology that can optically detect submicron defects within printed surface features having aspect ratios of greater than 10 to 1 and has been licensed to nLine Corp., Austin, Texas for use in wafer inspection. Research is continuing for application of this technology to advanced photolithographic mask inspection and metrology.

Dr. Tobin is a member of several national committee groups and professional societies. Since 1997, he has been a member of the U.S. Defect Reduction Technology Working Group in support of the International Technology Roadmap for Semiconductors. He is one of the principal architects of the concept of defect source complexity and supports the definition of specifications and requirements for future electronic imaging needs. Dr. Tobin is a Fellow of the International Society for Optical Engineering (SPIE), where he is currently founder and chairman of the conference on Data Analysis and Modeling for Process Control, part of SPIE's Microlithography Symposium. He is also a member of the Institute of Electrical and Electronics Engineers (IEEE), where he was the first invited U.S. organizer of the 6th International Conference on Quality Control by Artificial Vision. Also active in developing methods and software in the field of video forensics, he has served on the FBI's Scientific Working Group on Imaging Technologies, which provides standards and procedures for the use of digital evidence in the criminal justice system.

Dr. Tobin has authored and co-authored more than 120 publications and currently holds six U.S. patents, with five patents pending, in the areas of computer vision, photonics, radiography, and microscopy. Among his awards are recognition as the Tennessee Academy of Science's Industrial Scientist of the Year in 2001 for his work in image-based analysis and metrology; an R&D 100 Award in 2002 for his work in content-based image retrieval; and awards for Excellence in Technology Transfer from the Southeast and National Federal Laboratory Consortium for his work in digital holography in 2002 and automated image retrieval in 2003.

Dr. Tobin has established a distinguished reputation in the field of applied computer vision research and development over his ORNL career. He has developed a world-class R&D group that is addressing important national and international problems in industrial and economic competitiveness, biomedical measurement science, and national security. He has demonstrated his ability to form sustainable, long-term national and international relationships with sponsors and collaborators and he has provided and pursued a long-term vision regarding a consistent direction for machine vision research at ORNL. He has developed a variety of research programs and technologies that have been of value and importance to industry and to the nation. He has published and presented his work extensively and he has been recognized for his research accomplishments on many occasions. 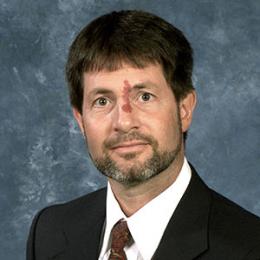