Tuskan joined ORNL's Environmental Sciences Division in 1990. He is currently the Chief Executive Officer for the Center for Bioenergy Innovation and a group lead for Plant Systems Biology in the Biosciences Division. He also holds a joint appointment at DOE’s Joint Genome Institute in California where he is on the leadership team for the Plant Sciences program.

His research at the laboratory has focused on the genetic basis of tree growth and development, including leading the international efforts to sequence, assemble, and annotate the genomes  of poplar and eucalyptus bioenergy feedstocks. Having a background in genetics has allowed Tuskan understand how genetic sequencing and computational technologies could be used in tandem to address challenges in biofuels production, bioprocessing and materials sciences.

Tuskan was named a corporate fellow in 1994. In 2007 he received both the ORNL Outstanding Scientific Achievement Award and the Alumnus of Year award from Northern Arizona University. In 2012 he was named Forest Biotechnologist of the Year. 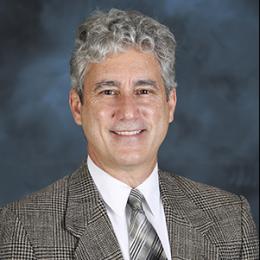