Dr. Jeffrey Vetter earned his BS in electrical/computing engineering in 1989, his MS in computer science in 1994, and his PhD in computer science in 1998, all from the Georgia Institute of Technology. Dr. Vetter joined ORNL in 2003 following service as a computer scientist and project leader at Lawrence Livermore National Laboratory, a postdoctoral researcher at the University of Illinois–Urbana-Champaign, and a graduate research intern at Los Alamos National Laboratory, NASA, and Intel Corporation, He coined the term Extreme Heterogeneity and has been at the forefront of investigating the effectiveness of radically diverse architectures, including deep memory hierarchies with nonvolatile memory, and heterogeneous processors such as graphical processing units, systems on a chip, and field-programmable gate arrays for important high-performance computing (HPC) and streaming applications. His research vision focuses on three related themes: post-Moore’s Law era computing, extreme heterogeneity, and experimental computer science facilitated in this time of rapid change. Dr. Vetter has edited a book series entitled Contemporary High Performance Computing: From Petascale toward Exascale (vols. 1–3), which surveys the international landscape of HPC and serves as a reference for real-world HPC systems.

Dr. Vetter became a Corporate Fellow in July 2020 and currently serves as Advanced Computer Systems Research section head. He founded and led the Future Technologies Group, Computing and Computational Sciences Directorate, upon joining ORNL. Dr. Vetter established the Experimental Computing Laboratory at ORNL to provide application users and computer scientists with access to systems featuring leading-edge architectures and software. He is credited with many significant accomplishments in HPC for ORNL and the US Department of Energy and serves as an ambassador for ORNL’s distinctive capabilities in scalable HPC and computer science. In 2018, Dr. Vetter was awarded the ORNL Director’s Award for Outstanding Individual Accomplishment in Science and Technology. He was awarded the ORNL Computer Science and Mathematics Division Award for the development of the Scalable Heterogeneous Computing Benchmark Suite in 2013.

Dr. Vetter holds a patent for “Performance Analysis of Distributed Applications using Automatic Classification of Communication Inefficiencies” and has been instrumental in the development of a number of open source software applications and tools to benefit the research community.

Dr. Vetter was named a Fellow of the Institute of Electrical and Electronics Engineers (IEEE) in 2017 and a Distinguished Scientist Member of the Association for Computing Machinery (ACM) in 2012. In 2010, he was part of a team of researchers from Georgia Tech, ORNL, and New York University that was awarded the ACM Gordon Bell Prize for their project titled “Petascale Direct Numerical Simulation of Blood Flow on 200K Cores and Heterogeneous Architectures.” He has chaired and contributed to many international meetings to discuss emerging technologies and their potential impacts as we move toward post-Moore’s Law computing. His work has won awards at major venues including Best Paper awards at the International Parallel and Distributed Processing Symposium, EuroPar, and the 2018 AsHES Workshop; Best Student Paper finalist at the Supercomputing 2014 conference; Best Paper finalist at the IEEE HPEC Conference; and Best Presentation at Exascale Applications and Software Conference 2015.

Dr. Vetter participates in a wide range of DOE and community activities and chairs or co-organizes conferences, workshops, and DOE meetings. Dr. Vetter regularly co-chairs the Exascale Computing Requirements for ASCR Research Workshop, working with architectures, software, and applications experts to identify requirements for computer science, applied mathematics, and networking research. In 2018, he chaired the Workshop on Extreme Heterogeneity (in HPC), a gathering of more than 200 participants that has been important in shaping the vision for future computing research. In 2015, he served as the Technical Program Chair for the Supercomputing 2015 conference, the leading international conference for HPC, which attracted over 13,000 attendees and was the largest event in the conference’s 27-year history.

He has mentored nearly a dozen PhD students, nearly a dozen postdoctoral fellows, and more than 40 student interns. From 2016 to 2020, Dr. Vetter was a joint faculty professor in the University of Tennessee–Knoxville’s Department of Electrical Engineering and Computer Science. From 2005 to 2015, he served as a joint professor in Georgia Tech’s College of Computing and at the NVIDIA CUDA Center of Excellence. 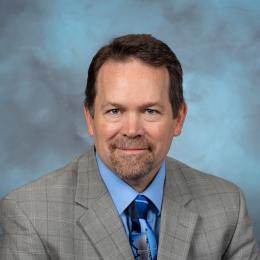