James R. Beene received a B.A. degree in physics and mathematics from the University of the South, in Sewanee, Tennessee, and a D.Phil. in nuclear physics from the University of Oxford, England. While a student, Dr. Beene was named a Wilkins Scholar and received a National Collegiate Athletic Association Postgraduate Fellowship and an American Episcopal Colleges Oxford University Fellowship. He also received a National Research Council Postdoctoral Fellowship, which brought him to the Chalk River Nuclear Laboratories, where he was employed before coming to ORNL.

Dr. Beene’s recent research has concentrated on the structure and reactions of nuclei under extreme conditions, collective modes of nuclear response, the physics of neutrinos and their interaction with nuclei, and the impact of these nuclear properties on astrophysical phenomena.

Over the past decade, as the Holifield Radioactive Ion Beam Facility was being developed at ORNL, he devoted substantial effort to concepts and techniques for the production and utilization of accelerated beams of short-lived unstable nuclei, and the application of these techniques both at the HRIBF and at future advanced radioactive ion beam facilities.

Dr. Beene began working in the ORNL Physics Division in 1976 and is in the Accelerator System Group. In past years he served director of the Holifield Radioactive Ion Beam Facility, group leader for the Accelerator Systems and Nuclear Reaction Spectroscopy Groups and as the section head of Low and Medium Energy Nuclear Physics Research. He has also served on advisory committees for the Department of Energy, the National Science Foundation, and ORNL as well as for other national laboratories in the U.S. and abroad. He has authored or co-authored more about 170 publications in refereed journals and about 160 articles in proceedings of major conferences. He holds one patent and is the author of seven book chapters and popular articles. He has also served on the organizing committees for more than ten professional conferences. Dr. Beene is a fellow in the American Physical Society and a member of the American Association for the Advancement of Science.

He was appointed a corporate fellow in 2004. 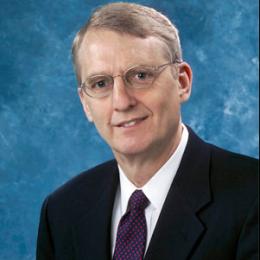