Dr. Jacob Barhen is the Director of the Center for Engineering Science Advanced Research (CESAR) at the Oak Ridge National Laboratory (ORNL), where he also leads the Complex Systems group in the Computer Science and Mathematics Division. Since 1999 he has held the rank of Corporate Fellow, to which he was promoted by Lockheed Martin (LMER) in recognition of exceptional scientific and technical achievements. Furthermore, he is a Professor of Computer Science (adjunct) at the University of Tennessee, Knoxville.

From 1987 to 1994, Dr. Barhen was the head of the Neural Computation and Nonlinear Science Group at the California Institute of Technology's Jet Propulsion Laboratory. He began his career in 1978 at ORNL, where he headed the Machine Intelligence Group until 1987. At both institutions, he established world-class research activities in intelligent systems, neuromorphic computing, modeling and simulation, and advanced signal processing. He has been the principal investigator of numerous basic and applied research projects funded by U.S. Government agencies (DOE/SC, NASA, NRO, NSA, IARPA, etc) and industry (Lockheed Martin, DeepLook seismic exploration consortium). Currently, the Office of Naval Research (ONR), and the Missile Defense Agency (MDA) support his work.

Dr. Barhen current and past Editorial Board activities include Mathematical and Computer Modeling (Pergamon Press), Concurrency and Computation (J. Wiley), Neural Processing Letters (Kluwer Academic Press), Neural Networks (Pergamon Press), and the International Journal of Distributed Sensor Networks (Taylor & Francis). He has been a member of the External Advisory Board for the NSF Center for Embedded Networked Sensing (CENS) at UCLA (2005-2010), and is a member of the Missile Defence Agency's Blue Ribbon panels (2006-2012). He co-chaired the NSA/DTO Workshop on "CMOS-Molecular Electronics (CMOL) Technology for High Performance Computing" (2005), and is a member of the program committees for several recent and upcoming international conferences focusing on parallel processing and on multicore computing systems.

Dr. Barhen has authored over 180 refereed scientific papers, co-edited one book, and holds 12 U.S. Patents, with two additional pending. He received his D.Sc. degree from the Technion - Israel Institute of Technology, Haifa, in 1978.

He was named a corporate fellow in 1999. 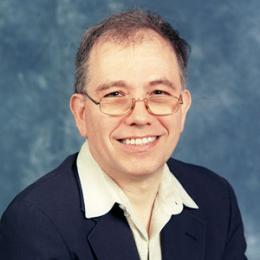