Gene E. Ice received a B.S. in physics in 1972 from Harvey Mudd College and a Ph.D. in physics from the University of Oregon in 1977. He is considered an internationally recognized leader in the areas of materials science and advanced X-ray optics.

Beginning at Oak Ridge National Laboratory in 1979, Dr. Ice is director of the Materials Science and Technology Division. His early work with Cullie Sparks on anomalous diffuse X-ray scattering as a means of determining local atomic structure in alloys is recognized worldwide as the state-of-the-art for determining local atomic structure in alloys and continues to have a major impact on both experimental and theoretical studies of alloy local structure. Their collaboration on the development of dynamically bent crystal focusing optics also set the standard for high-performance X-ray synchrotron optics and continues to benefit synchrotron radiation facilities throughout the United States and the world.

Dr. Ice has collaborated in a number of pioneering experiments including anomalous diffuse scattering in solid-solution alloys, precision measurements of phason strain in quasicrystalline materials, nuclear resonance scattering, fluorescence tomography, resonant magnetic scattering, surface diffraction/truncation rods, and X-ray microdiffraction. His recent efforts have concentrated on the use of X-ray microbeams for the study of crystalline structure in polycrystalline materials.

His contributions have been recognized with an IR100 award, an R&D 100 award, a DOE sustained outstanding achievement award, and an ORNL Scientific Team of the Year Award. He is a fellow in ASM International and the American Physical Society. Ice has organized workshops and symposium on X-ray optics and X-ray microdiffraction and synchrotron radiation research at American Physical Society and at Material Research Society meetings.

Dr. Ice has made important contributions to the technical literature and has co-authored more than 135 publications and during the last decade has given more than 94 invited talks. He is an adjunct professor at the University of Tennessee, Knoxville, and a co-editor of the Journal of Synchrotron Radiation. 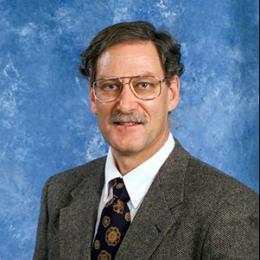