During his research career with the Biology Division (recently merged with the Health Sciences Research Division to form the Life Sciences Division), Dr. Hartman has made significant contributions to the understanding of enzyme mechanisms and protein structure. To characterize the catalytic site of enzymes, he has designed and exploited novel affinity labeling reagents, the mode of action of which offers rational approaches to chemotherapeutic agents. He has also been at the forefront of site-directed mutagenesis, whereby recombinant DNA technology allows systematic substitution of amino acids of proteins to elucidate structure-function relationships. In 1979,

Dr. Hartman received the Pfizer-American Chemical Society Award in Enzyme Chemistry for his achievements in characterizing enzymes of carbohydrate metabolism, and in 1991 he was a featured speaker at a Nobel symposium on photosynthetic carbon assimilation. Dr. Hartman has published 140 research papers and book chapters and has served on several editorial boards, including two five-year terms with the Journal of Biological Chemistry. Professional society memberships include the American Chemical Society, the American Society of Biochemistry and Molecular Biology, the Protein Society, the American Society of Plant Physiologists, and fellow of the American Association for the Advancement of Science.

Dr. Hartman was appointed a corporate fellow in 1988. 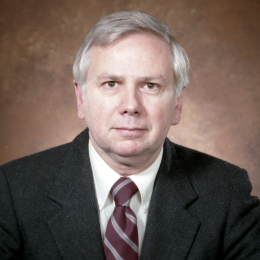