His earlier research interests have included time-resolved measurements of ultrarapid melting and solidification, pulsed lasers and pulsed-laser processing of semiconductors, Landau quantum oscillation methods for determining the electronic structure of metals and high-temperature superconductors, and measurements of electron-impurity scattering rates in metals and alloys.

Dr. Lowndes is a fellow of the American Physical Society and a senior member of the Institute of Electrical and Electronics Engineers. He also is a member of the Materials Research Society and the American Section of the International Solar Energy Society. He is the author or coauthor of more than 225 research articles, including numerous invited papers at national and international conferences, and five book chapters. He holds four patents and has received a number of awards for his research at ORNL, including the Scientist of the Year Award in 1995 and six other achievement and publication awards.

Dr. Lowndes is currently the group leader for Semiconductor Physics, Thin Films, and Photovoltaic Materials in the ORNL Solid State Division. In 1986 he was appointed Professor of Materials Science and Engineering at The University of Tennessee, Knoxville, where he has continued to teach and supervise graduate student research.

He was appointed a corporate fellow in 1994. 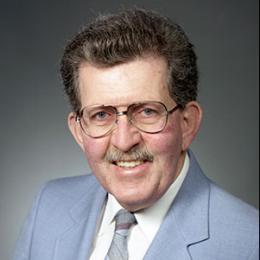