David J. Wesolowski received a B.S. in geology from the University of Pittsburgh and a Ph.D. in geochemistry from the Pennsylvania State University. He began his career at ORNL as a Eugene P. Wigner Fellow in 1983, a year before completing his Ph.D. and 2 years before joining the lab’s research staff. Dr. Wesolowski is now a distinguished research staff member in the Chemical Sciences Division, group leader of the Geochemistry and Interfacial Sciences Group, and director of the Fluid Interface Reactions, Structures, and Transport (FIRST) Center.

Dr. Wesolowski is a world-recognized leader in aqueous chemistry and geochemistry as well as in the structure, dynamics, and reactions at fluid–solid interfaces encountered in a broad range of energy applications including subsurface contamination migration, fossil/nuclear power plant safety, and electrical energy storage. He is widely credited with major contributions to the thermochemical databases used in nuclear waste repository design and performance assessment and in power plant steam generator design and operational safety.

Dr. Wesolowski pioneered the use of hydrothermal experiments and neutron and x-ray scattering methods to address complex problems in geosciences and electrical energy storage. His assembly of a multidisciplinary team in 2008 to integrate computational, analytical, and experimental approaches to understand chemical reaction and transport phenomena resulted in the establishment of the FIRST Center, a DOE Basic Energy Sciences (BES) Energy Frontier Research Center.

Dr. Wesolowski holds one patent, has published nearly 140 papers, and has given numerous invited lectures at national and international meetings. He has been active in the Geochemical Society, which produces the flagship geochemistry journal Geochimica et Cosmochimica Acta. Dr. Wesolowski served as associate editor of the journal for 17 years and also served as the society’s secretary for 6 years, Board of Directors member for 3 years, and Joint Publications Committee member for 4 years. He also has served on the editorial boards of Chemical Geology and Geochemical Transactions and has received numerous honors from ORNL for his accomplishments in fundamental science and scientific leadership.

During his career, Dr. Wesolowski has taught university courses and has served on several Ph.D. dissertation committees. Through his teaching and committee work with the University of Tennessee, Knoxville; the University of Nebraska; and Penn State University, he has advised many graduate students and supervised numerous postdoctoral fellows. He also has empowered young staff members of the FIRST Center to take initiative to do research, collaborate with other researchers, and seek funding without substantial oversight from senior staff; this empowerment has received high praise from DOE BES and has resulted in numerous awards and recognition for these young researchers. 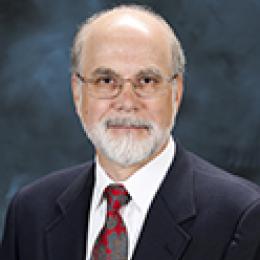