Travis' work at ORNL focused on the field of risk assessment, including pharmacokinetic and pharmacodynamic models, interspecies extrapolation, and human exposure to dioxin and other background contaminants. He also made significant contributions to environmental policy through pioneering investigations of the effectiveness of remediation technologies.

He worked as a research engineer at the Jet Propulsion Laboratory of the California Institute of Technology from 1966 through 1968 and taught engineering and applied mathematics at Vanderbilt University from 1971 to 1974 and at the University of Tennessee from 1974 to 1976.

Travis joined the ORNL in 1976, where he directed the laboratory's Center for Risk Management and served as president of the National Society for Risk Analysis and editor-in-chief of Risk Analysis: An International Journal.

He also served as chairman of the Department Of Energy's Office of Science and Technology Policy Task Force on Risk Analysis in Federal Agencies, a member of the Science Advisory Board for the National Center for Toxicological Research, and a member of the Scientific Advisory Panel on the Federal Insecticide, Fungicide, and Rodenticide Act for the U.S. Environmental Protection Agency. He collaborated with the Agency for Toxic Substances and Disease Registry in production of their Guidance Document for Health Assessments at Superfund Sites.

Travis was named a Corporate Fellow in 1996. 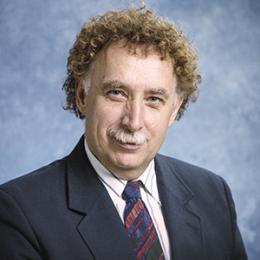