He has been employed at ORNL since 1967, where he is currently the leader of the Alloying Behavior and Design Group in the Metals and Ceramics Division. During his career, he carried out both basic and applied research on advanced structural materials. Because of his outstanding contributions to this field, he was named the Scientist of the Year by Martin Marietta Energy Systems, Inc., and appointed as a corporate fellow in 1985. He was appointed a senior corporate fellow at ORNL in 1997.

Dr. Liu is an author or coauthor of more than 270 technical publications, including several conference proceedings and handbook and encyclopedia articles. He shared the 1995 Best Paper Award from the Journal of Materials Characterization and the Paper of the Year Award from the Japan Institute of Metals in 1996. His papers have been cited extensively by the materials community. In terms of the impact of his scientific papers, Dr. Liu was identified by the Institute for Scientific Information in 1995 as one of the top five individuals in the world whose papers were highly cited in journals of materials sciences and engineering. He has given numerous invited talks at international and national conferences and workshops, including several keynote lectures. 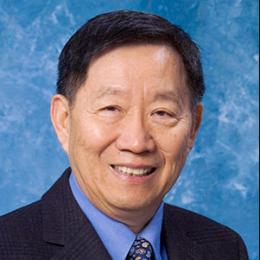