Budhendra “Budhu” Bhaduri received bachelor’s and master’s degrees in geology from the University of Calcutta, India; a master’s degree in geology from Kent State University; and a doctorate in earth and atmospheric sciences from Purdue University. He joined ORNL in 1998 and currently leads the Geographic Information Science and Technology Group in the Computational Sciences and Engineering Division.

Budhu has made valuable contributions to national and global security through the design and development of novel geocomputational methods for high-resolution population distribution and dynamics research. He is a principal member of the LandScan population data development team. LandScan, a 2006 R&D 100 award winner, is recognized as the community standard for estimating population at risk and has been used to plan and aid disaster recovery efforts following major earthquakes, tsunamis, and hurricanes.

He is a founding member of DOE's Geospatial Science Steering Committee and, in 2009, was appointed to the Mapping Science Committee of the National Academy of Sciences/National Research Council. He received the 2010 Christopher Columbus Fellowship Foundation/AgustaWestland Homeland Security Award in the field of emergency response to natural and man-made disasters for his leadership in the development of LandScan USA. He has also been recognized both internally and externally for his exceptional strengths as a mentor. In 2005, Budhu received the UT-Battelle Director’s Award for Outstanding Individual Accomplishment in Community Service

He was named a corporate fellow in 2011. 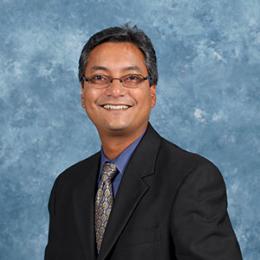