Dr. Bryan Chakoumakos earned his BSc in geology from the University of New Mexico in 1978 and his MSc and PhD in geological sciences from Virginia Tech in 1981 and 1984. Following postdoctoral work at the University of New Mexico focused on alpha-decay radiation damage in complex oxides, Dr. Chakoumakos joined ORNL’s Solid State Division in 1987. He has become a renowned expert on the structure and phase transitions relevant to systems ranging from high-temperature cuprate superconductors to ferrite nanoparticles and numerous functional materials (e.g., thermoelectrics, scintillators, gas hydrates, magnets). In recent years, Dr. Chakoumakos has begun promising studies of fish otoliths with biological implications.

Dr. Chakoumakos became a Corporate Fellow in July 2020 and currently leads the Single Crystal Diffraction Group in the Neutron Sciences Division. He helped develop ORNL’s world-class neutron and single-crystal diffraction programs. He helped establish the High Flux Isotope Reactor (HFIR) and Spallation Neutron Source (SNS) single-crystal neutron diffraction facilities as an internationally respected instrument suite and oversaw the rebuilding of the HFIR powder diffractometer at HB2A and the single-crystal diffractometer at HB3A after the last beryllium reflector changeout. He has served as group leader and team leader managing various diffraction instruments at both HFIR and SNS.

Dr. Chakoumakos is an internationally recognized world leader in neutron diffraction and crystallography and an active member of the broader scientific community. He has chaired numerous committees and served in executive and editorial capacities for both the Mineralogical Society of America and the American Crystallographic Association. He served a term as the chair of the Neutron Scattering Special Interest Group of the American Crystallographic Association and has been a correspondent and guest editor for Neutron News, as well as serving on the editorial board of the American Mineralogist.

Dr. Chakoumakos’ work has appeared in more than 245 peer-reviewed journal publications with over 10,000 citations and over 50 book/conference proceedings chapters. He publishes broadly in the research areas of physics, materials science, crystallography, engineering, chemistry, spectroscopy and mineralogy.

Dr. Chakoumakos has been an outstanding mentor, guiding the development of many early-career staff members in neutron sciences. For 10 years, he served as one of the scientific directors of the National School on Neutron and X-ray Scattering (NXS School) jointly held annually at Argonne and Oak Ridge national laboratories. The NXS School is the longest running and arguably most successful neutron scattering outreach effort at ORNL. He is known by his peers for his commitment to educating the next generation of crystallographers and neutron scientists. 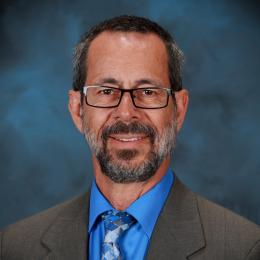