Dr. Brian Davison earned his PhD in chemical engineering from the California Institute of Technology in 1985 and his BSE in chemical engineering from University of Rochester in 1979. His contributions have been critical to the success of the Center for Bioenergy Innovation (CBI) and the Center for Structural Molecular Biology, both at ORNL. He has a key role in shaping how the US Department of Energy Biological and Environmental Research’s (BER’s) Bioenergy Research Centers (BRCs) will transition toward future priorities of national interest such as the bioeconomy. Dr. Davison is impacting the nascent global nitrogen economy and developing a framework for using biological systems to produce nitrogen for large-scale production purposes and to increase nitrogen use efficiency in the ecosystem, thus reducing the problem of excess nitrogen leading to eutrophication (e.g., toxic algal blooms). He explores research topics at the interfaces of processing, biology, neutron science, and high-performance computing and is interested in the diverse fields of science underlying clean energy and energy conservation.

Dr. Davison became a Corporate Fellow in July 2020 and currently is ORNL’s chief scientist for systems biology and biotechnology and the chief science officer for CBI, ORNL’s largest BER project, as well as an adjunct professor of chemical engineering at University of Tennessee–Knoxville. His seminal work showed that lower lignin content increases sugar yields from plant cell walls, setting the stage for intentional plant manipulation and the need for scaling up research. A new line of research inquiry was spawned based on this important work; Dr. Davison made contributions to the concept and design of related experiments later undertaken at ORNL. Dr. Davison is a trusted and knowledgeable advisor on the entire continuum of biofuels research needs. He helped BER navigate the transition from human genomics to bioenergy genomics and systems biology, permitting programmatic growth and providing numerous successful funding opportunities for ORNL. Dr. Davison was the driving force in ORNL’s successful pursuit of a BRC. He was a key strategist and author of the original and renewal BioEnergy Science Center (BESC) proposals. The breadth and depth of his knowledge, contacts, and status in this field brought in top external collaborators who have helped make the BESC a success.

Dr. Davison is an international authority on fundamental and applied biofuels research directed toward

implementation of a sustainable and economical biorefinery industry. His career focus is scaling from the

laboratory across the “valley of death” to the pilot scale and, ultimately, to commercialization of clean

energy and bioproduct production. He is recognized for his research, strategic vision, ability to integrate science findings across fundamental and applied programs, desire for wide-ranging collaborations, strong efforts to develop research acumen in junior scientists, leadership, contributions to transformational workshops and symposia that impact funding directions, and his collegial and cooperative demeanor—all characteristics that accelerate science. He is an adjunct professor of chemical and biological engineering at the University of Tennessee and supervises both doctoral and master’s students.

Dr. Davison has had numerous invention disclosures, with 11 patents granted, two of which have been licensed. He co-developed a process to catalytically upgrade alcohols into hydrocarbon fuels such as gasoline and diesel and other products. This technology has been licensed to Vertimass, which has partnered with scientists from ORNL, Argonne National Laboratory, and National Renewable Energy Laboratory to verify process scale-up. He served as project team leader of ORNL’s Alternative Feedstocks Program, coordinating interdisciplinary, multilaboratory teams with industry partners to demonstrate a process for economically converting renewables into commodity chemicals. The process, for which Dr. Davison earned an R&D 100 award in biosuccinic acid, was commercialized by BioAmber into a full-scale plant.

Dr. Davison was honored by ORNL in 2018 with the UT-Battelle Individual Achievement in Technology Transfer. In 2010, he was awarded the UT-Battelle Science Communicator of the Year award for his contributions to bioenergy education for middle school students, teachers, and parents where more than 240,000 people at museums and schools have learned from the modular bioenergy outreach materials he co-developed. He wrote and edited education modules and was an instructor for “hands on” events. Dr. Davison was awarded the Secretary of Energy’s Honor Achievement Award in 2015 and again in 2020 as well as the Charles D. Scott Award by the Society for Industrial Microbiology (SIMB) for distinguished contributions to the field of biotechnology for fuels and chemicals in 2006.

Dr. Davison serves on the board of directors for the American Institute of Chemical Engineers (AIChE)  and on the Board of the Society for Biological Engineering. He frequently serves as session chair and speaker at AIChE national meetings and has co-chaired symposia and sessions for the American Chemical Society (ACS) and SIMB. Helping sustain and advance research concepts in the biofuels research community during a low point in federal funding, he co-chaired the 15th to the 26th Symposia on Biotechnology for Fuels and Chemicals (1994–2005), during which time its growing reputation increased the number of participants nearly three-fold. He was elected a fellow of the SIMB in 2017, AIChE in 2016, and  the College of Fellows of the American Institute for Medical and Biological Engineering.

Dr. Davison has been invited to serve on advisory boards including on the board of the DOE Basic Energy Sciences–funded Center for Direct Catalytic Conversion of Biomass to Biofuels (C3Bio) Energy Frontier Research Center at Purdue University; the National Sciences and Engineering Research Council of Canada’s Bioconversion Network for Guelph and University of British Columbia, Canada; and the Biotechnology and Biological Science Research Council Sustainable Bioenergy Centre, United Kingdom. He also served on the managing board of the Southeast Agriculture and Forestry Energy Resources Alliance.

Dr. Davison is a long-term and consistent mentor, offering targeted strategic advice. He provides technical direction and encourages innovation. In the past 5 years, he has 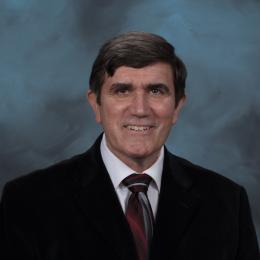