Dr. Carreras received the degree of Licenciado en Ciencias from the University of Barcelona, Spain, in 1965 followed by a Ph.D. in 1968 from the University of Valencia, Spain. He was a postdoctoral research fellow at Glasgow University, Scotland, in 1969 and in 1970 joined the staff of Daresbury Nuclear Physics Laboratory, England. He returned to Spain in 1972 as a staff member of the Junta de Energia Nuclear, Madrid, and an assistant professor at the Complutense University at Madrid.

Since 1976 he has been in the United States, spending the first two years at ORNL as a visitor, and after that, one year as a member of the Institute for Advanced Study at Princeton. In 1980, he joined the staff of the Fusion Energy Division at ORNL.

Before 1975, his main area of research was theoretical high-energy physics. Dr. Carreras worked mainly on the phenomenology of strong interactions. In particular, he worked on phase-shift analysis and the consequences for the determination of the scattering amplitude of analyticity and unitarity. Since 1976, his research has been in the field of theoretical plasma physics. He has contributed mainly to the understanding of plasma turbulence, explaining the behavior of magnetically confined plasmas, and to the development of new magnetic confinement concepts to overcome plasma magnetohydrodynamic limitations. Dr. Carreras is continuing his studies on magnetohydrodynamic turbulence and physics optimization of magnetic confinement devices.

Dr. Carreras has published more than 130 research papers and has received four Martin Marietta publication awards. He is a fellow of the American Physical Society and a member of several other professional societies. In 1986, he was appointed a corporate fellow. 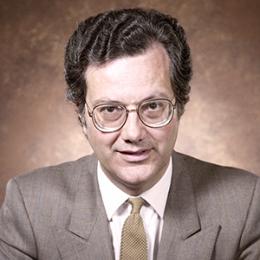