Al Geist received his B.A. in mathematics and psychology from Duke University in 1978 and joined Oak Ridge National Laboratory in 1983 after receiving a B.S. in mechanical engineering from North Carolina State University. He is currently leader of the Network and Cluster Computing Group in the Computer Science and Mathematics Division.

Presently Al heads up a national effort to standardize system software for supercomputers. He is also leading an effort to establish a U.S. Department of Energy (DOE) Science Grid across the office of science labs. Al heads up one of the three national Genomes to Life research initiatives. He is the principal investigator on a project to create a new class of scalable, fault-tolerant algorithms for future generations of supercomputers and is program manager of the heterogeneous distributed computing project called Harness.

Al is internationally known for creating the PVM (Parallel Virtual Machine) software, which has become a worldwide de facto standard for heterogeneous distributed computing. PVM has become so popular that international conferences are held each year for users to discuss their use and extensions to it. He was a leader in the design of the Message Passing Interface standard, both MPI-1 and MPI-2. Al is one of the world's leading authorities on electronic laboratory notebooks. Through the DOE 2000 initiative he developed electronic notebook software that is widely used throughout the DOE complex as well as by hundreds of industries, medical centers, universities, and research organizations. Al continues to work with researchers in DOE as well as industry to improve the capabilities of electronic notebook software.

Among his numerous awards in high-performance and distributed computing are the Gordon Bell Prize and the IBM Excellence in Supercomputing Award in 1990, two Energy 100 Awards in 2001, an R&D 100 Award in 1994, the American Museum of Science and Energy Award in 1997, and several Heterogeneous Computing Challenge awards (1992, 1993, 1995, and 1996).

Al serves on several national and international committees and chairs one or two computing conferences per year. Al has published two books and more than 165 papers in a wide range of topics, including heterogeneous distributed computing, numerical linear algebra, parallel computing, collaboration technologies, biology, solar energy, and solid state physics. He has given more than 150 presentations around the world.

He was named a corporate fellow in 2002. 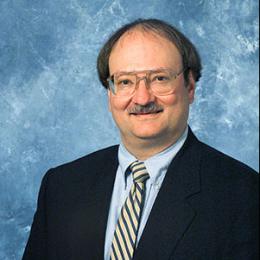