Dr. Yutai Kato, also known as Katoh, earned his BS in metallurgy and materials science and his MS and PhD in materials science  from the University of Tokyo. After serving as a professor in universities in Japan, Dr. Kato joined ORNL’s Materials Science and Technology Division, where his technical accomplishments span development of silicon carbide (SiC) ceramic composite for nuclear applications, study of effects of radiation and coupled extremes in materials, and innovation in composite processing technologies. He established SiC fiber–SiC matrix (SiC/SiC) composites as a new class of materials for nuclear fusion and fission. He was first to report and study the radiation resistance of stoichiometric beta-phase SiC and its composites in extreme dose and temperature regimes and under external stresses. His findings influenced fundamental research on the origin and enabling mechanisms for exceptional radiation tolerance without engineered artificial nanostructures. Dr. Kato’s innovation in SiC fabrication via a nanophase sintering route has led to inventions of novel ceramic composite products including nano-infiltration and transient eutectic phase SiC/SiC and fully ceramic microencapsulated nuclear fuel, both of which have been successfully licensed for commercialization.

Dr. Kato became a Corporate Fellow in October 2021. He currently serves as the Materials in Extremes section head. He has also served as Fusion Materials and Nuclear Structures group leader, Nuclear Structural Materials group leader, and Advanced Nuclear Materials team leader. He has made critical contributions to the development and execution of strategic plans for fusion nuclear science, fusion blanket and fuel cycle technologies, and SiC accident-tolerant fuel technologies, and he is growing a multidirectorate effort in the Extreme Materials area. Dr. Kato has made contributions to code qualification of novel materials for nuclear energy by forming a national team of composites experts to develop the first-ever code for SiC composite components for nuclear reactors. As a chairperson of ASTM Subcommittee C28.07 on Ceramic Matrix Composites, he led development of standards for material specifications and various test methods that eventually were adopted to the ASME Boiler and Pressure Vessel Code. Through his efforts and leadership, the first nonmetallic composite design code was published in 2019.

Dr. Kato’s impact has been recognized with numerous awards including the UT-Battelle Distinguished Researcher Award (2019), American Nuclear Society Mishima Award (2019), and Fusion Power Associates’ Excellence of Fusion Engineering Award (2006). He is a Fellow of the American Nuclear Society (2015) and the American Ceramic Society (2013). Dr. Kato has served as chair for working groups and professional organizations and represents ORNL as a member of numerous societies. His work has appeared in over 300 peer-reviewed journal publications with over 15,000 citations. Dr. Kato mentors researchers at all levels, sharing and modeling his vision of success at ORNL, generating future leaders of the scientific community in a research environment built on mutual respect. He has further supported the development of the next generation of scientists as a member of PhD qualification committees for universities in the southeastern United States, California, and abroad. 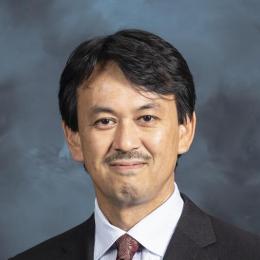