Dr. Mitch Doktycz earned his BS in biology and chemistry and his MS and PhD in chemistry  from the University of Illinois–Chicago. Since joining ORNL in 1992, he has shaped ORNL programs as research staff, group leader, and section head and has made significant impacts on the fields of genomic science, molecular and cellular imaging, synthetic biology, and biological interfaces. Dr. Doktycz helped to establish the UT-ORNL Graduate Program in Genome Science and Technology and leads the ORNL Science Focus Area on Plant–Microbe Interfaces as part of DOE’s Biological and Environmental Research Fundamental Genomics Science program, one of the agency’s largest programs in this focus area, which has grown to include a $7 million research portfolio in 2021. He has pioneered novel techniques for use of scanning probe microscopes for biological imaging. His biological imaging research has ranged from DNA imaging and related methods to mounting and imaging live microbes for characterization by atomic force microscopy. He has applied his methods to numerous systems including bacteria, fungi, viruses, diatoms, and mammalian cells. Dr. Doktycz also established the ORNL Bioscience Division’s fluorescence and optical microscopy capabilities. His contributions in synthetic biology span the development of new transcription control mechanisms, synthetic reporter systems, and metabolic engineering approaches. His work to define and demonstrate nano-enabled synthetic biology has facilitated a better understanding of biological systems design and new technologies for biosensing, signaling, and protein production. Dr. Doktycz’s contributions in the area of biological interfaces extend beyond genomics, imaging, and synthetic biology research to the microbial toxicity of nanomaterials, patterning of biomaterials, and development of micro- and nanofluidic structures. His contributions have been particularly impactful in our understanding of the molecular mechanisms underlying nanomaterial toxicity.

Dr. Doktycz became a Corporate Fellow in October 2021. He currently serves as the Bioimaging and Analytics section head and is an inaugural faculty member of the UT-ORNL Center for Interdisciplinary Research and Graduate Education. As a strong contributor to the scientific community, he has organized research meetings and reviews proposals for numerous federal agencies and international research organizations. He is a Fellow of the American Association for the Advancement of Science (2017) and the American Institute for Medical and Biological Engineering (2008). He has received numerous awards including the UT-Battelle Mentor of Researchers Award (2020), Battelle Distinguished Inventor Award (2013), National and Southeast Region Federal Laboratory Consortium technology transfer awards (2001, 2003), and an R&D 100 Award (2002).

Dr. Doktycz has published  more than 180 scientific articles and has an h-index of 51. His publications have been cited nearly 9,000 times, with a current annual citation rate of approximately 650. Dr. Doktycz holds 18 issued patents and several licensed inventions addressing plant–microbe interactions and methods for multiscale fabrication of microfluidic and microelectronic devices. In the past 5 years, Dr. Doktycz has mentored more than 30 graduate students, postdoctoral researchers, and early to mid-career scientists. He actively seeks ORNL early career staff to participate in the initiatives he leads, and his long record of mentoring has produced other ORNL leaders. 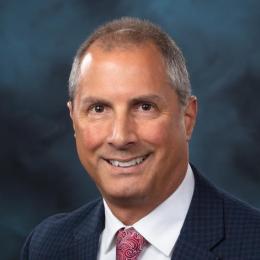