Mook has conducted neutron scattering research on a broad spectrum of materials. He is best known for his pioneering research on the magnetic excitations of transition metal ferromagnets and the observation of itinerant electron effects in these materials.

He received DOE's 1982 Materials Sciences Award for Outstanding Scientific Accomplishment in Solid State Physics. He is the author of more than 200 professional journal articles and book chapters, and has been a fellow of the American Physical Society since 1979.

He has served on advisory committees for the neutron scattering programs at Los Alamos and Argonne national laboratories. He has also served on numerous ORNL committees and was chairman of the Corporate Fellows Council in 1993 and 1994.

Mook has been instrumental in the development of new neutron scattering techniques and instrumentation. He received R&D awards in 1984 and 1989 for his innovations in neutron spectrometry. Mook also holds three patents for neutron instrumentation, and was appointed a corporate fellow in 1987.

After receiving an undergraduate degree from Williams (Mass.) College, Mook earned his master's and doctorate degrees in physics from Harvard University. His thesis was partially completed at the Massachusetts Institute of Technology, where his advisor was Dr. Clifford Shull, the 1994 Nobel Prize winner in physics and a former ORNL researcher. 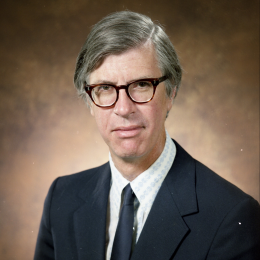