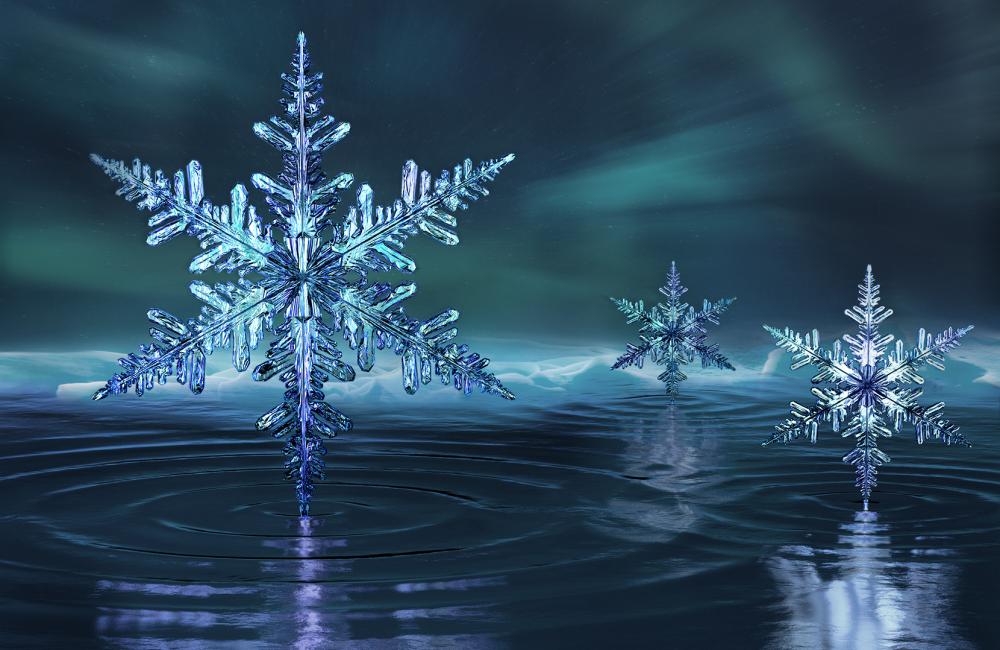 An ORNL-led team's observation of certain crystalline ice phases challenges accepted theories about super-cooled water and non-crystalline ice. Their findings, reported in the journal Nature, will also lead to better understanding of ice and its various phases found on other planets, moons and elsewhere in space. Credit: Jill Hemman/Oak Ridge National Laboratory, U.S. Dept. of Energy

OAK RIDGE, Tenn., May 22, 2019—Through an experiment designed to create a super-cold state of water, scientists at the Department of Energy’s Oak Ridge National Laboratory used neutron scattering to discover a pathway to the unexpected formation of dense, crystalline phases of ice thought to exist beyond Earth’s limits.

Observation of these particular crystalline ice phases, known as ice IX, ice XV and ice VIII, challenges accepted theories about super-cooled water and amorphous, or non-crystalline, ice. The researchers’ findings, reported in the journal Nature, will also lead to better basic understanding of ice and its various phases found on other planets and moons and elsewhere in space.

“Hydrogen and oxygen are among the most abundant elements in the universe, and the simplest molecular compound of the two, H2O, is common,” said Chris Tulk, ORNL neutron scattering scientist and lead author. “In fact, a popular theory suggests that most of Earth’s water was brought here through collisions with icy comets.”

On Earth, when water molecules reach zero degrees Celsius, they enter a lower energy state and settle onto a hexagonal crystalline lattice. This frozen form is denoted as ice Ih, the most common phase of water that can be found in household freezers or at skating rinks.

“As ice changes phases, it’s similar to water going from a gas to a liquid to a solid except at low temperatures and high pressure—the ice transforms between various different solid forms,” Tulk said.

Each known ice phase is characterized by its unique crystal structure within its pressure-temperature range of stability, where the molecules reach equilibrium and the water molecules exhibit a regular three-dimensional pattern, and the structure becomes stable.

Initially, Tulk and colleagues at the National Research Council of Canada and from the University of California at Los Angeles were exploring the structural nature of amorphous ice—a state of ice that forms with no ordered crystalline structure—as it recrystallizes at even higher pressures. 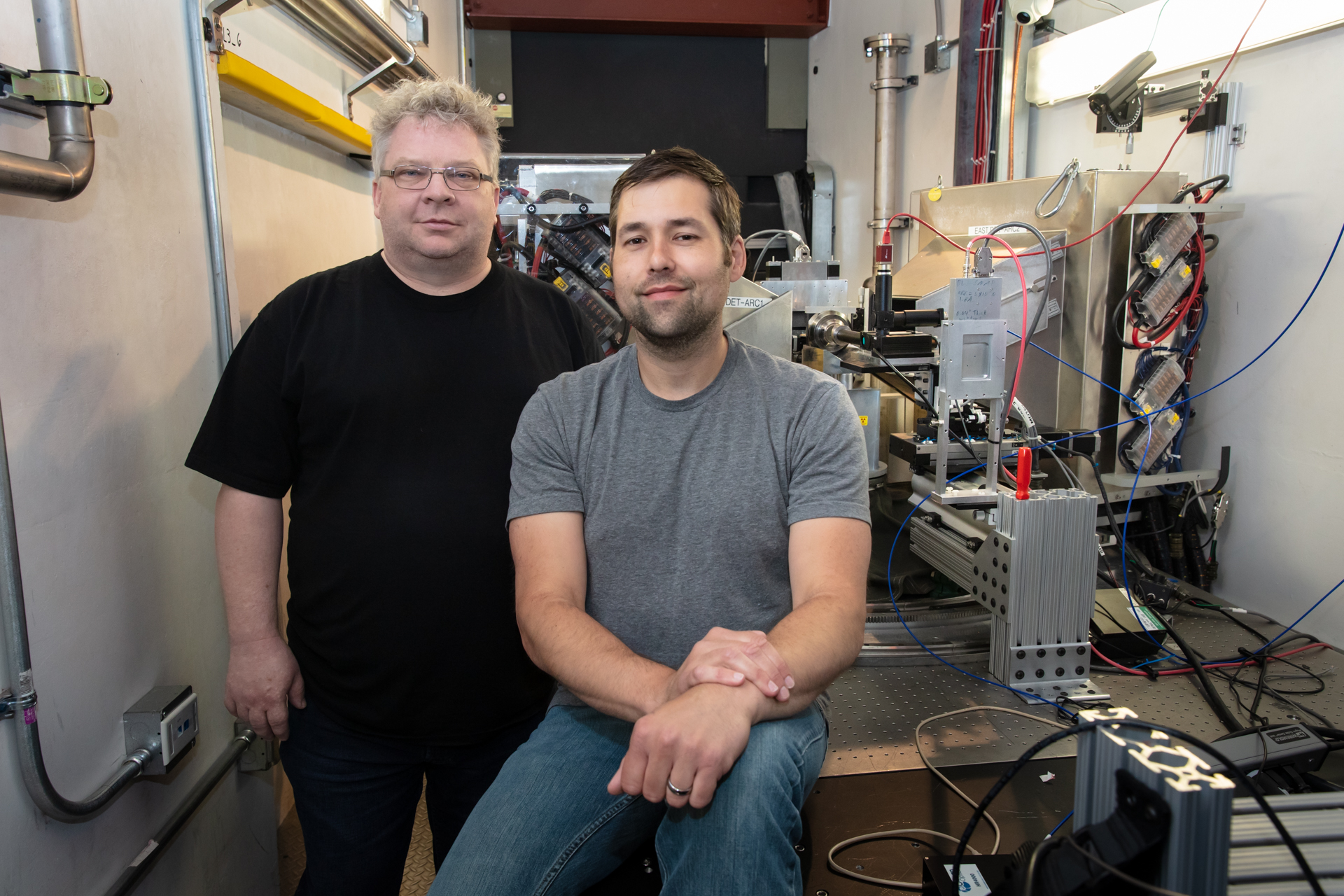 ORNL scientists Chris Tulk, left, and Jamie Molaison were part of a team that discovered a pathway to the unexpected formation of dense, crystalline phases of ice thought to exist beyond Earth’s limits. They used the unique neutron scattering capability of the Spallation Neutrons and Pressure Diffractometer at ORNL’s Spallation Neutron Source for the experiment. Credit: Genevieve Martin/Oak Ridge National Laboratory, U.S. Dept. of Energy

“This type of amorphous ice is thought to be related to liquid water, and understanding that link was the original purpose of this study,” said Tulk.

At ORNL’s Spallation Neutron Source, the team froze a three-millimeter sphere, or about half a drop, of deuterated water, which has an additional neutron in the hydrogen nucleus needed for neutron scattering analysis. Then, they programmed the Spallation Neutrons and Pressure, or SNAP, diffractometer to minus 173 degrees C. The instrument increased the pressure incrementally every couple of hours up to 411,000 pounds per square inch, or about 28,000 atmospheres while collecting neutron scattering data between each hike in pressure.

“Once we achieved amorphous ice, we planned to raise the temperature and pressure and observe the local molecular ordering as the amorphous ice ‘melts’ into a supercooled liquid and then recrystallizes,” Tulk said. However, after analyzing the data, they were surprised to learn they had not created amorphous ice, but rather a sequence of crystalline transformations through four phases of ice with ever-increasing density: from ice Ih to ice IX to ice XV to ice XIII. There was no evidence of amorphous ice at all.

“I’ve made many of these samples always by compressing ice at low temperature,” said co-author Dennis Klug from the National Research Council of Canada, the lab that originally discovered the pressure-induced amorphization of ice in 1984. “I’ve never previously seen this pressure-temperature path result in a series of crystalline forms like this.”

“If the data from our experiment was true, it would mean that amorphous ice is not related to liquid water but is rather an interrupted transformation between two crystalline phases, a major departure from widely accepted theory,” Klug added.

At first, the team thought their observation was the result of a contaminated sample.

The key was the slow rate of pressure increase and collection of data at a lower pressure that allowed the ice structure to relax and become the stable ice IX form. Previous experiments quickly passed over the ice IX structure without relaxation, this resulted in the amorphous phase.

For 35 years, scientists have been researching the properties of super-cold water and looking for what’s known as the second critical point, which is buried within the solid ice phases. But these results question its very existence. “The relationship between pressure-induced amorphous ice and water is now in doubt, and the second critical point may not even exist,” Tulk said.

“The results of this paper will form the basis of the analysis of future studies of amorphous ice phases during upcoming experiments done at the SNS,” he added.

Co-authors of the study titled, “Absence of amorphous forms when ice is compressed at low temperature,” included Chris A. Tulk and Jamie J. Molaison of ORNL; Adam Makhluf and Craig E. Manning of UCLA; and Dennis D. Klug of the NRC of Canada.

Experimental measurements were performed at ORNL’s Spallation Neutron Source, a DOE Office of Science User Facility, using the Spallation Neutrons and Pressure diffractometer. The research was supported by DOE’s Office of Science and the Sloan Foundation’s Deep Carbon Observatory, a global community of more than 1,000 scientists working to better understand the quantities, movements, forms and origins of carbon inside the Earth. 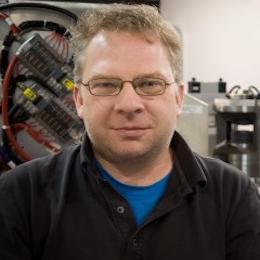 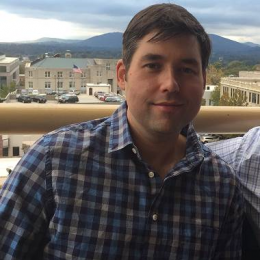