The world-leading machine, which took 7 years to build, is the first mega-watt class hadron linear superconducting accelerator and proton accumulator ring. In operation since 2007, the SNS accelerator delivers a reliable medium-energy proton beam to a mercury target. Neutrons released from this collision are then delivered to a variety of science experiments.

“The SNS accelerator has proved to be a real game changer, with the first use of superconducting radio frequency (SRF) technologies in a high-power hadron LINAC,” said ORNL Research Accelerator Physicist John Galambos. “Other accelerator projects around the world in support of nuclear physics like the Facility for Rare Isotope Beams in Michigan, the high-energy physics Proton Improvement Plan-II at Fermilab, and materials science at the European Spallation Source are following the successful SNS deployment of SRF for megawatt hadron beam operation.”

“When the decision was being made to go superconducting with the second part of our accelerator instead of a room-temperature accelerator, everything looked good on paper,” explained Research Accelerator Physicist Sarah Cousineau. “No one had ever done it before with hadrons, though, so it was somewhat of a gamble in technology that has really paid off.”

The science and engineering teams at SNS have also enabled a number of other “firsts” in accelerator physics and technology, including:

The SNS accelerator also has best performing negative hydrogen ion source and the first production laser-based beam diagnostics system. The machine also demonstrates the first large-scale deployment of a specific type of high voltage converter modulator technology, crucial for pulsed high voltage sources. All of these achievements combine to situate the SNS team at the leading edge of accelerator performance.

A significant discovery was made by SNS scientists about hydrogen (H-) ion intra-beam stripping, which started as a problem of unexpected beam loss.

“Once the electron is knocked off an ion inside the beam bunch, it’s not affected by accelerating fields or magnetic fields,” explained Cousineau. “When that happens we can’t do anything with it, and it becomes beam loss. Being the first superconducting accelerator, there was no precedent so we didn’t expect it.”

An SNS visitor was the scientist that first identified H- intra-beam stripping as a source of beam loss in the linear accelerator, and SNS staff began to test the theory and find out if it was the culprit. After performing an experiment running protons down the accelerator instead of H(-), they found the beam loss went down to near zero. Later on they discovered that other labs, such as Los Alamos National Laboratory and the Japan Proton Accelerator Research Complex, have had the same beam loss mechanism.

The SNS team has since performed the first demonstration of laser-assisted H- ion stripping to aid ring injection and reduce beam loss.

SNS staff developed a novel technique known as in-situ plasma processing to remove contaminants from the surface of the high-beta superconducting accelerating cavities. This technique has potential applications to superconducting accelerators of all sizes and types. By using hot plasma to burn off hydrocarbons on and just below the surfaces of cavities without removing the cavities from the accelerator, the SNS team was able to reduce the processing time from a complex, high risk 6­ to 8-month procedure to one that can be completed in weeks.

“When the neutron users arrive to do their experiments, they’ve already made a significant investment in time, travel expenses, and sample preparation,” Cousineau said. “We need to deliver beam when we promised to have beam, so that world-class science can happen. We promise 90 percent or more reliability on the average, and, we can go well over 90 percent for shorter periods.”

The SNS LINAC was built with room to grow, and right now researchers, engineers and designers are working on a plan to boost power even further with a proton power beam upgrade from 1.4 megawatts to 2.8 megawatts. This performance upgrade will provide a platform for a Second Target Station adjacent to the existing facility.

SNS is a DOE Office of Science User Facility. UT-Battelle manages ORNL for the DOE's Office of Science. The Office of Science is the single largest supporter of basic research in the physical sciences in the United States, and is working to address some of the most pressing challenges of our time. For more information, please visit http://energy.gov/science/. 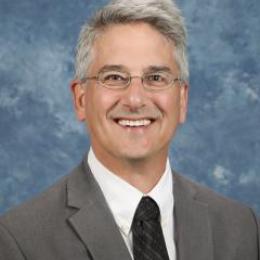 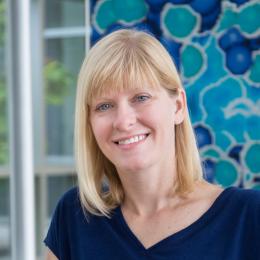