ORNL, Rickover and the nuclear Navy 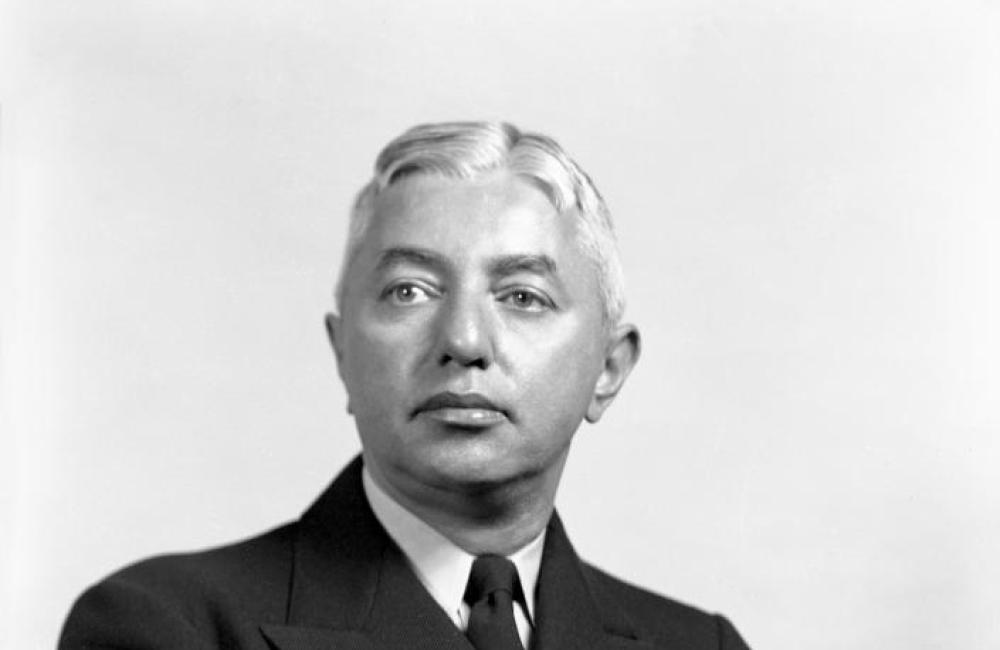 View a hi-res version of this image
Capt. Hyman Rickover (1946)

When the second world war ended, the government was left with a new field of science known as nucleonics.

Created in Oak Ridge and at the other Manhattan Project sites as they developed the first nuclear weapons, the field was underrepresented in both published literature and college classrooms. This was no surprise; not only was nucleonics new, it was highly classified.

In an effort to fill the knowledge gaps, ORNL created a training school in 1946 that attracted the attention of the Navy, which was at the time toying with the merits of nuclear power for naval propulsion. The most famous student in this school—who would become arguably the most famous naval officer, period—was Hyman Rickover, then a captain responsible for mothballing ships after the war.

Rickover was senior among the school’s eight naval officers, who called themselves the Oak Ridge Naval Group. They initially devoted themselves to the study of radiation shielding and the biological effects of radiation, critical areas if you were going to have your people living with a nuclear reactor for long stretches of time. Rickover himself was known to announce that he was an idiot and that his teachers should treat him accordingly.

One of those teachers was Alvin Weinberg, who would eventually become ORNL’s longest-serving lab director. It was reportedly Weinberg who suggested that pressurized water reactors—the type also responsible for most of America’s nuclear power—would be the best choice for powering the Navy fleet.

That fleet would need well-trained officers. Rickover personally tailored the syllabus that would be used to train hundreds of naval officers, first at the lab and later at the Oak Ridge School of Reactor Technology and the Oak Ridge Institute of Nuclear Studies.

The two men’s relationship was personal as well as professional. When Weinberg became the lab’s research director in 1948, he received another honor as well: inclusion in a Washington Post list of the country’s 10 most handsome executives. Rickover clipped the article and sent it to Weinberg with a memo of congratulations.

Weinberg got the opportunity to return the gesture when Rickover was promoted to rear admiral in 1953, a controversial move both because Rickover had never had his own command and because he had a habit of alienating his superiors by disregarding their opinions. Weinberg indicated pleasure that those in charge had finally come to their senses.

Rickover invited Weinberg to join President Truman and other VIPs for the June 1952 keel laying of the Nautilus submarine, the Navy’s first nuclear-powered vessel. While Weinberg was unable to attend that function, he did join the newly minted rear admiral on the Nautilus for one of its sea trials.

ORNL veteran Ted Rockwell served as Rickover’s technical director while the Nautilus was in development and wrote about the naval man in The Rickover Effect. According to Rockwell, Rickover had a knack for inspiring or absolutely repelling people.

Indeed, everyone who crossed paths with Rickover seemed to come away with a story. I asked Rockwell during a trip back to Oak Ridge if all the stories were true.

“Rickover was a Grade-A son of a bitch that got things done,” Rockwell replied. “We need more people like him—even more so today.”

CUTLINES: Capt. Hyman Rickover (1946) ORNL (known at the time as Clinton Laboratories)( launched the first reactor training school in 1946. Shown here is a class photo from the school, known playfully as the Klinch Kollege of Nuclear Knowledge. An unidentified student of the reactor training school with teacher and physicist Alvin Weinberg (left), who would go on to be ORNL's longest-serving lab director. An exhibit in Oak Ridge at the American Museum of Atomic Energy, which would eventually become the American Museum of Science and energy.